In February, Egypt’s attorney general decided to investigate the writer and talk show host Ibrahim Eissa over his questioning of Salafi narratives of Islam. The move was a glaring contradiction to President Abdel Fatah al-Sissi’s repeated calls for the reformation of Islamic discourse. That contrast highlights the dilemma faced by Arab authoritarian rulers: Having decimated secularists and discredited liberalism, they have nothing left to fight Salafi thought with, and end up conceding further.

Since he seized power, Sissi has adopted the aura of an Islamic reformer. He restored churches attacked by extremists and legalized hundreds more, took the unusual step of attending Christmas Mass regularly and, last month, nominated a Christian judge to head Egypt’s highest court for the first time ever. Moreover, Sissi criticized the dominant Islamic thought, saying it set Muslims against one another and the rest of the world. He also chastised Egyptians for fearing religious reformation instead of seeking it. For all this, Sissi earned praise, especially outside Egypt.

But it seems his own regime never got the memo.

While Sissi was expressing those views, security services were locking up Coptic activists and violating the religious rights of other minorities. Fatma Naoot, a secular poet, was sentenced in January 2016 to three years in jail for mocking the slaughter of sacrificial animals for Eid al-Adha. A month later, another court sentenced four Coptic teenagers to up to five years in prison for also “insulting Islam.” Ramy Kamel, a Coptic rights defender, was arrested in November 2019, allegedly tortured and jailed in “pretrial detention” for over two years.

Meanwhile, the Bahais and other religious communities that don’t enjoy the protections the constitution theoretically grants to “recognized religions” are constantly denied the right to freely worship and practice personal rights related to marriage, inheritance and burial. When they demand those rights, security services use blasphemy laws to silence them.

More tellingly, security services also persecuted those who advocated for the very Islamic reformation the president has called for. In 2015, young writer and television anchor Islam Behery heeded Sissi’s call to take a critical look at religious interpretations, to rid Islam of the ideas used by extremists to justify violence. His show was suspended, and he was sentenced to five years in jail, reduced to one, for “contempt of religion.”

Eissa is the boldest and most determined Egyptian writer to spar with Salafi Islam in recent years. An established journalist, novelist, scriptwriter and talk show host, he has maintained a prominent public profile for about three decades. Among the first to offer a liberal platform for moderate Islamists, he first got himself in trouble for opposing Hosni Mubarak. When the Tahrir uprising started, he stood by its icon, Mohamed ElBaradei, while security forces water-gunned them, and then became ElBaradei’s closest adviser.

It is during Egypt’s democratic experiment that Eissa’s troubles with Salafi Islam deepened. He published a novel that depicted Salafists as ignorant and hypocritical. His disillusionment with Islamists and scorn for inept secularists pushed him to side with Sissi. Falling in and out of grace with Egypt’s dictator, he continued to question the hold of Salafi thought over Islam. In his seminal novel “The Blood Journey,” Eissa tracks down the origin of violence and Salafism in the years following the death of the prophet, depicting the struggle of the prophet’s wives and companions with power, greed, lust and pride. In other words, he portrayed them as mortal.

Eissa returned to this theme in February, with comments that de-sanctified the companions of the prophet and other authorities of Salafi thought. Egypt’s religious institutions quickly condemned his remarks as “questioning Islamic pillars.” One Azhar scholar went further, accused him of “apostasy,” which is punishable by death in Salafi speak. Sissi’s regime joined in: Its mouthpieces attacked Eissa and its parliamentary committee on human rights called for sanctioning his “deviant” and “questioning” views. A parliamentary committee then approved a bill banning expressing views contrary to “the true religion and its accepted principles” and imposing prison penalties on those who discuss religion publicly without a “permit” from religious authorities. One cannot make this stuff up!

And here lies the predicament Sissi faces. He is probably genuine in his desire for religious reformation, but his authoritarianism prevents it. In his quest for absolute power, Sissi has decimated the nascent power of liberals, the only group genuinely pursuing religious reform. And while he acknowledges that Salafi thought is the origin of religiously motivated violence, he himself has been fomenting paranoid and militaristic nationalism that feeds it. When Sissi insists that Egypt is targeted by external conspiracies that aim to destroy its culture and its people, Islamists simply add more religious flavor to its “culture.”

With nobody to stand against Salafism and with no discourse to fight it with, Sissi cannot afford religious reform. Instead, he has no choice but to show respect for his support base’s version of Islam, which is drenched in Salafism and the xenophobic nationalism he has been feeding them.

Like many dictators before him, Sissi is a prisoner of the monster he helped create. 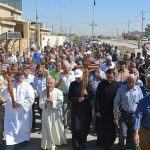 Iran’s role in persecution of Mideast Christians is overlookedSelected Opinion 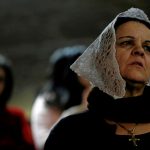 Intertwined Hierarchies: Religion and Gender in the Personal Status Laws of Orthodox Copts in EgyptSelected Opinion