Azerbaijan’s government has announced that it intends to erase Armenian inscriptions on religious sites in the Nagorno-Karabakh (Artsakh) Republic, which Azerbaijan invaded through an aggressive war against Armenians in 2020.

Azeri Minister of Culture Anar Karimov told a press briefing on February 3 that a working group was established that will be responsible for removing “the fictitious traces written by Armenians on Albanian religious temples,” Eurasianet reported.

Azerbaijan’s government has tried justifying the move by falsely claiming that the churches were originally the heritage of Caucasian Albania rather than Armenians. These particular churches, however, were unquestionably built by Armenians.

This decision by Azerbaijan is in direct violation of the 2021 ruling by the International Court of Justice (ICJ). This ruling states that Azerbaijan must “take all necessary measures to prevent and punish acts of vandalism and desecration affecting Armenian cultural heritage, including but not limited to churches and other places of worship, monuments, landmarks, cemeteries and artefacts.”

Save Armenian Monuments condemned the Azerbaijani government’s recent launch of a “working group of specialists to remove the fictitious traces written by Armenians.”

“We are nauseated by Azerbaijan’s brazen belligerence to continue its targeting of Armenian sacred sites,” remarked Dr. Virginia Davies, President of Save Armenian Monuments. “The purge organ does not just violate the December 7, 2021 International Court of Justice decision that ordered Azerbaijan to protect Armenian monuments,” continued Davies, “it is tantamount to a declaration of genocide, emboldened by the West’s shameless courting of Azerbaijan despite the latter’s 2020 aggression against Armenians and 1997-2006 state-sanctioned flattening of every Armenian cultural monument in the exclave of Nakhichevan.”

Azerbaijan’s closest ally, Turkey, has also excelled at cultural heritage destruction throughout the decades. During the 1914-23 Christian genocide committed by Ottoman Turkey against Armenians, Assyrians, and Greeks, around 2.5 million Christians were exterminated, and much of the religious and cultural heritage of the victims was destroyed. Author Raffi Bedrosyan notes:

As the Armenian population got wiped out of Anatolia in 1915, so did these churches and schools. Along with the hundreds of thousands of homes, shops, farms, orchards, factories, warehouses, and mines belonging to the Armenians, the church and school buildings also disappeared or were converted to other uses. If not burnt and destroyed outright in 1915 or left to deteriorate by neglect, they became converted buildings for banks, radio stations, mosques, state schools, or state monopoly warehouses for tobacco, tea, sugar, etc., or simply private houses and stables for the Turks and Kurds.

In yet another example of desecration, the historic Greek Hagia Sophia Church in the city of Edirne was opened as a mosque by Turkey’s Directorate of Religious Affairs (Diyanet) on December 24, 2021, on Christmas Eve, after its restoration was completed.

Turkey now looks like a graveyard of destroyed or abused churches and monasteries. For instance, the Armenian St. Bartholomew Monastery, which has become an excavation site for treasure hunters and villagers, only has a wall remaining today. This historic Armenian Monastery, located in the city of Van in eastern Turkey, was in use until the 1914-23 Christian genocide.

Many churches in Turkey are listed for sale on the internet. The 1,700-year-old Mor Yuhanna Assyrian (Syriac) Church in the city of Mardin, for instance, was listed at a price of ₺7,250,000 (around $530,000) according to Turkish media. The church is registered as a cultural property by Turkey’s Ministry of Culture and Tourism. Worship is no longer held in the church, which was used as a warehouse for a long time. İbrahim Aycun, who claims to be the owner of the church, says that his father bought the building as a warehouse and workplace, and that he inherited it from his father. The historic church was listed on online classifieds and shopping platforms as a “building for sale” in 2020.

Turkey has imported its tradition of destroying cultural heritage to northern Cyprus, which it has illegally occupied since 1974. In an attempt to erase the ancient culture of the area, Turkey has illegally changed all the Greek names of areas, towns, and villages to Turkish names. According to the 2012 report “The loss of a Civilization: Destruction of Cultural Heritage in Occupied Cyprus,” Turkey “has devoted itself to the systematic destruction and obliteration of the cultural heritage of the areas under its military control”:

The churches have been subject to the most violent and systematic desecration and destruction. More than 500 churches and monasteries have been looted or destroyed: more than 15,000 icons of saints, innumerable sacred liturgical vessels, gospels and other objects of great value have literally vanished. A few churches have met a different fate and have been turned into mosques, museums, places of entertainment or even hotels, like the church of Ayia Anastasia in Lapithos. At least three monasteries have been turned into barracks for the Turkish army (Ayios Chrysostomos in the Pentadactylos Mountains, Acheropoiitos in Karavas and Ayios Panteleimonas in Myrtou). Marvelous Byzantine wall-paintings and mosaics of rare artistic and historical value have been removed from church walls by Turkish smugglers and sold illegally in America, Europe and Japan. Many Byzantine churches have suffered irreparable damage, and many cemeteries have been desecrated or destroyed.

During the second phase of Turkey’s invasion in 1974 “the [Maronite] Monastery of the Prophet Elias was savagely bombed by the Turkish air force; it caught fire and was badly damaged. The Church and Monastery were subsequently looted and desecrated. What remains of the complex is now used as a stable for holding livestock.”

Cultural genocide appears to be what genocidal groups have in common. In the 1930s and ’40s, Nazis often vandalized and destroyed synagogues and other properties of Europe’s Jewish communities. In 2001, the Taliban blew up and destroyed the statues of Buddhas in Afghanistan. In 2017, the UN Security Council condemned “the unlawful destruction of cultural heritage, inter alia destruction of religious sites and artefacts, as well as the looting and smuggling of cultural property from archaeological sites, museums, libraries, archives, and other sites, in the context of armed conflicts, notably by terrorist groups” such as Islamic State (ISIS), al-Qaida and associated individuals and groups.

There was also the destruction of Yazidi cultural heritage in the Yazidi homeland of Sinjar in Iraq by ISIS in 2014. According to a 2019 report by Rashid International e.V., Yazda, and Endangered Archaeology in the Middle East and North Africa (EAMENA) entitled “Destroying the Soul of The Yazidis: Cultural Heritage Destruction During the Islamic State’s Genocide Against the Yazidis,” Yazidi temples, shrines, and other religious and cultural sites belonging to Yazidis were systematically destroyed by ISIS.

The destruction of cultural heritage is comparable to violations of fundamental rights such as rape, slavery, and torture, according to the report, which adds:

Amongst crimes against humanity, the crime of persecution is of special significance in the protection of minorities. Its key purpose is to guard against patterns of discriminatory attacks on civilian populations, which rank among ‘the most serious crimes of concern to the international community as a whole’. The destruction of tangible cultural heritage is a key indicator of such a discriminatory attack. Concurrently, the International Military Tribunal at Nuremberg, the ICTY [International Criminal Tribunal for the Former Yugoslavia] and the International Law Commission (ILC) viewed ‘the destruction of religious buildings as a clear case of persecution as a crime against humanity’.

Undemocratic governments such as Turkey and Azerbaijan, as well as terrorist groups such as ISIS, al-Qaida, and the Taliban, have for decades systematically and irreversibly destroyed the cultural heritage of indigenous peoples. They start their genocide by mass murdering people and then continue the process of extermination by targeting their cultural heritage so that no traces of their victims’ existence will remain and their history will be wiped out from the face of the earth.

The crime of cultural heritage destruction has been committed against the same victims by the same perpetrators again and again—in Turkey, Cyprus, the South Caucuses, and the Middle East. Perpetrators enjoy a culture of impunity and appeasement; they never have to worry about accountability. They continue destroying the souls of their victims and parts of world heritage of immeasurable value. And the world just watches idly by. 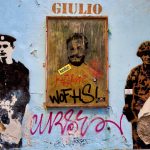 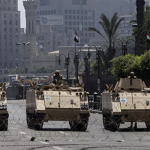