In 25 January 2016, Giulio Regeni, a PhD student at the University of Cambridge, disappeared while carrying out field work in Cairo, Egypt. His tortured body was found in a ditch nine days later, on 3 February.

After six years, Egypt is still denying any responsibility in the matter and the perpetrators of this crime are still walking free. Yet, the battle for truth about Regeni’s murder has never been more important.

Giulio Regeni’s murder was not only an unprecedented and unacceptable attack on the principle of academic freedom. It was a crime that revealed the scale and brutality of the counterrevolutionary repression under way in Egypt, as well as Egypt’s sense of impunity in the face of it.

Although four officers of Egypt’s National Security Agency have been officially  charged in the trial under way in Rome, the proceedings are currently stalled after Egypt’s denial of any involvement in the matter and its refusal to let its agents be tried by a foreign state.

Egypt’s impunity, however, is only one side of the story. The other side concerns European governments and their complicity with the regime of President Abdel Fattah al-Sisi. Egypt has recently become the third largest arms importer in the world, behind only Saudi Arabia and India. Military imports have more than doubled in the last five years, compared to the period between 2010 and 2015. Egypt is now on course to acquire the biggest maritime capability in the region – and, for this, it should thank its European allies, especially France and Italy.

Between 2013 and 2017, France surpassed the United States to become the second top provider of arms to Egypt after Russia. (It remains to be seen whether the latest arms deals between the US and Egypt will change this ranking.) A third of all Egyptian arms imports currently comes from France, while a quarter of all French military exports go to Egypt. French arms exports have registered a 40% increase in the last five years – an increase directly driven by demand from the Middle East, in particular from Egypt.

The scale and depth of cooperation between Egypt and France goes beyond statistics. Just before Christmas, documents codenamed ‘The Egypt Papers’ were leaked by the French investigative journalism website Disclose. Memos prove that between 2016 and 2018 France participated in a series of targeted killings carried out by Egyptian armed forces on the border of Libya and Egypt. But they also detail the steady supply of surveillance software by four French tech companies – software that was regularly used by Egypt to monitor and target internal opposition.

The fact that France may have – literally – armed al-Sisi’s repression was not lost on the French judiciary, who recently tried four executives from the French tech companies involved and found them guilty of “complicity in torture and enforced disappearance in Egypt between 2014 and 2021”.

In 2019, Egypt also officially became the top client of Italian weapon exports. It remained Italy’s number one client in 2020 as well, with a volume of authorised transfers that has increased exponentially between 2016 and 2020: from 7m euros in 2016 to 60m in 2017, 800m in 2019, and almost 1bn euros in 2020. This staggering growth is due not only to the quantity of arms sold to Egypt, but to the type of weapons involved. The upward trend started in 2015, under Matteo Renzi’s government, with a significant increase in the export of small arms, light weapons and surveillance software – this was already in breach of Italy’s own laws banning arms transfers to countries violating human rights, or engaged in conflict.

Just as repression by the al-Sisi regime was escalating following Giulio Regeni’s murder, military cooperation between Egypt and its European partners intensified dramatically

But the flow of arms transfers significantly changed gear in 2019, when Italy and Egypt struck a historic deal – historic for both countries – for the selling of complex weapons systems. Aside from the two frigates that have already been delivered, this includes another four frigates, 24 Eurofighter jets, a military satellite and 24 light combat aircraft. Most of this equipment would be produced by companies that are part-owned by the Italian state, such as Fincantieri.

Between 2016 and 2020, therefore, just as repression by the al-Sisi regime was escalating following Giulio Regeni’s murder, military cooperation between Egypt and its European partners intensified dramatically. The fight against Islamic terrorism – a much-loved mantra on both sides of the Mediterranean – served as the ideal pretext for a process of rearmament that benefited, in particular, private defence contractors and government elites in Egypt and Europe.

Furthermore, these arms sales, often financed by loans sponsored by weapons-exporting countries, were instrumental in creating even more interdependence, not least financial, between the two shores of the Mediterranean, so much so that now European governments have a direct stake in al-Sisi’s survival.

Ten years after the Arab uprisings, and despite its early support for the struggles and demands embodied in those mass protests, Europe seems to have rediscovered its love for dictators. Its cynical approach has often been justified in terms of putting interests over values. However, this is a false dichotomy in more than one way.

First, as the Arab uprisings have demonstrated, there is no real, long-term stability, let alone security, without social justice, the recognition of some basic rights, and some sense of democracy. Second, the much trumpeted ‘national interests’ allegedly pursued by these policies are often neither.

It seems obvious that in the case of military cooperation with Egypt, national interests are equated with the interests of the defence industry and government elites on both sides of the Mediterranean. These hardly represent the interests of the nations involved; in fact, nations often end up being the victims of such policies.

Third, Europe’s credibility gap is widening in the MENA region. This is in no small part due to the fact that, as an Egyptian human rights lawyer recently said, European governments “are behaving like enemies of democracy”, rather than like democratic states keen to help other countries transition towards democracy.

The reputational damage abroad is considerable, but so is the danger that, in a boomerang effect, democratic standards will start being eroded at home too – a process that is, in fact, already happening.

*This is an edited version of the Giulio Regeni Memorial Lecture, which was delivered by the author on 25 January 2022 at the University of Cambridge. 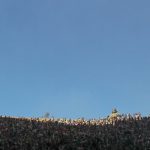 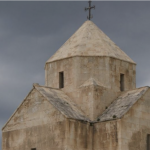 The Destruction of Christian Cultural Heritage in Turkey and AzerbaijanSelected Opinion