New group plans to educate the public about the importance of religious liberty, and plans to asks political candidates to sign pledge.

Aformer U.S. ambassador for international religious freedom has launched an organization to monitor religious liberty in the United States, saying that any weakening of that fundamental right in the U.S. will have detrimental effects overseas.

Sam Brownback, who served in the position in the Trump Administration, was joined by a number of religious and political leaders in announcing the National Committee for Religious Freedom January 18. The committee plans to organize nationally and in each of the 50 states to “conduct educational campaigns about the necessity and the beauty of this sacred human right,” Brownback said. “We will assess candidates’ positions on religious freedom through candidate questionnaires. … We will also ask candidates to sign a pledge to support religious freedom.”

“Sadly, the human right of religious freedom is under attack,” said Brownback, who served previously as a U.S. senator from Kansas and governor of that state. “I’ve grown increasingly concerned with declining religious freedom here at home.”

Introducing Brownback, Thomas F. Farr, President of the Religious Freedom Institute, said that religious freedom is “under assault” in the U.S. “It’s being attacked by cultural and political elites who demand that religion be removed from our public life and who defame as bigots and haters those with whom they disagree on matters of religion and public policy and public morality,” Farr said. “They’re using the power of the law to drive morally orthodox people of faith and their institutions out of American public life.”

“It guards against misuse of authority by the state or restrictions demanded by aggressive and vocal minorities, or majorities,” Wolf said. “Religious liberty was hard won in the past and can yet be easily lost.”

Neydy Casillas, vice president of international affairs for Concerned Women for America, reflected on the significance of religious freedom, saying that it means that “this freedom lives in the depth of our being.” Casillas warned that losing religious liberty “means to give up our human dignity and become an instrument of the state.”

Also speaking at the launch of the National Committee were former U.S. Attorney General Jeff Sessions; Cardinal Timothy M. Dolan of New York, chairman of the U.S. Conference of Catholic Bishops’ Committee for Religious Liberty; Princeton professor Robert George, a former chairman of the U.S. Commission on International Religious Freedom, and represtatives of the Jewish, Protestant and Muslim faiths. 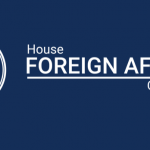 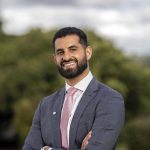