House Foreign Affairs Committee Chair Gregory Meeks (D-NY) together with Representatives Ted Deutch, Chair of the Subcommittee on the Middle East, North Africa, and Global Counterterrorism, Gerald Connolly (D-VA), President of the NATO Parliamentary Assembly, David Cicilline (D-RI), Tom Malinowski (D-NJ), Vice Chair of the House Foreign Affairs Committee, and Sara Jacobs (D-CA), today sent a letter to Secretary of State Antony Blinken urging the Administration to stand by important human rights criteria and follow through with its commitment not to release a portion of U.S. assistance if Egypt fails to fully meet requirements outlined by the Administration.

Full text of the letter can be found below:

We write to reaffirm our shared commitment to the important U.S. – Egypt bilateral relationship and the importance of maintaining a focus on human rights as a critical component of that relationship. Specifically, we emphasize our expectation that the Administration will reprogram the portion of military aid withheld last year if Egypt fails to comply with the full set of specific human rights benchmarks communicated by the State Department to the Egyptian government.

While doing so, we acknowledge the long-standing and historic bilateral relationship shared by the U.S. and Egypt. Ours is a relationship rooted in shared political, economic, social and cultural ties. We recognize and affirm the important role Egypt has played in the Middle East as a party to the Camp David Accords and subsequent Egypt-Israel Peace Treaty, resulting in it being the first Arab state to normalize relations with Israel. In recent years, Egypt’s important role extends to partnering with the United States in the fight against Al-Qaeda, ISIS and affiliates, and serving as facilitator and mediator between the Government of Israel and Hamas authorities in the Gaza Strip.

Nonetheless, and as the Biden Administration has rightly acknowledged, the Egyptian government continues to perpetuate pervasive and systemic violations of human rights. Tens of thousands of government critics, including journalists and human rights defenders, remain imprisoned on politically motivated charges, with many of them subject to abuse and mistreatment. The State Department’s own 2020 Country Reports on Human Rights Practices in Egypt documents “significant human rights issues” such as “torture and cases of cruel, inhuman, or degrading treatment or punishment by the government; harsh and life-threatening prison conditions; arbitrary detention; and political prisoners or detainees.” Furthermore, Egypt is among the “least free” countries in the world according to Freedom House and is the 3rd largest jailer of journalists in the world, according to the Committee to Protect Journalists.

In recognition of these abuses and violations of basic rights, and in compliance with the statutory requirement to withhold certain foreign military financing (FMF) funds from obligation (detailed in Sec. 7041(a)(3) of P.L. 116-94), we supported the administration’s September 2021 decision to withhold a portion of such funds. As you stated during June 2021 testimony before the House Appropriations Committee: “When it comes to freedom of expression, when it comes to civil society, there are very significant problems that we need to address directly with our Egyptian partners.” Making clear to Egypt and the world the United States will stand by its commitment to democratic rights and basic freedoms – and adhering to statute – is critical to addressing those very problems.

While we recognize and reaffirm important steps Egypt has taken in recent weeks to address such concerns by releasing certain political prisoners and individuals unjustly detained, the Egyptian government must meet the Administration’s conditions in full by the communicated deadline. If not, we urge you to stand by your word and immediately reprogram withheld funds.

We urge the Biden Administration to continue its efforts to restore human rights as a vital pillar to our nation’s foreign policy and call on you to uphold these values in our bilateral relationship with Egypt.

Thanks for your prompt attention to this matter. 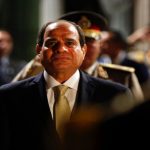 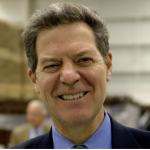