Egypt issued its national “human rights strategy” in September to mixed reviews. A hopeful few regarded the measure as a positive step for a dictatorship, headed by President Abdel Fatah al-Sissi, a former general, that is notorious for keeping thousands of political prisoners. Skeptics considered it window dressing, intended to placate the Biden administration so that U.S. military aid would continue to flow. Judging by the latest news from Egypt, the skeptics were right: Mr. Sissi’s strategy for human rights still leaves plenty of room for continuing to violate them.

Late December, an Egyptian court sentenced three leading activists to prison terms for “spreading false news undermining national security.” Alaa Abdel Fattah received five years — having already spent much of the past 10 years in detention. His former lawyer, Mohamed al-Baqer, and blogger Mohamed Ibrahim, known as “Oxygen,” got four years each. Mr. Abdel Fattah’s sister, Sanaa Seif, was convicted on similar charges in March, though she is expected to get out soon.

The State Department duly declared itself “disappointed” with the latest sentences. What progress there has been in Egypt lately consists of less punitive treatment for people who should never have been in legal jeopardy at all. Human rights advocate Hossam Bahgat of the Egyptian Initiative for Personal Rights (EIPR) was found guilty of spreading false news and insulting a state authority — he had tweeted criticism of a former electoral official of the regime — but his sentence was only a fine of $650. His fellow member of EIPR, Patrick George Zaki, was released Dec. 7 after being detained since last year — though he must still face a Feb. 1 trial for allegedly spreading false information.

EIPR is one of several civil society organizations accused of illegally taking foreign money in a long-running, but largely trumped-up, prosecution known as Case 173. The Biden administration has held up the release of $130 million in military aid until Egypt ends this dubious proceeding and releases 16 unnamed political detainees. It might be that relative leniency for Mr. Bahgat and Mr. Zaki is Egypt’s way of meeting Washington’s conditions — at least in part. Even so, making a few exceptions to the generally repressive rule simply reinforces the Egyptian system’s lack of a clear and consistent rule of law. No dictator’s “strategy” can ever substitute for that. 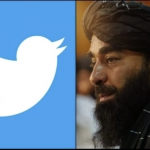 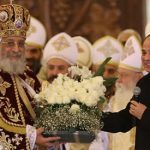 THE NATIVITY OF CHRIST MUST BE ABOUT CHRIST, NOT AL-SISI. PERIOD.Selected Opinion