Yet another young, Coptic Christian girl recently (supposedly) “disappeared” off the streets of Egypt, and yet again the only ones to be punished were the Copts themselves.

On Dec. 2, Marna Barsoum ‘Aziz, aged 16 or under, disappeared on her way to a private tutoring lesson.  Immediately her family contacted and pled with police to find and retrieve her.  When two days passed, with the police displaying nothing but apathy, on Dec. 4, the Copts of al-‘Amoudain village in al-Minya, where the girl hails from, gathered together to stage a protest against both the disappearance of yet another Christian girl, and the police’s lack of concern.  They held signs and chanted “Marna must be returned to us” and “We want our daughter back.”

To this, police were quick and zealous to respond.  They descended on the village, and, according to eyewitnesses from the girl’s family, “in order to disperse the protest, police opened fire on us with tear gas,” which prompted “loud screams from the women and a state of panic in the village.”  Police further arrested and hauled off 22 Coptic protesters, many of them from Marna’s extended family, during the clash.  They were duly accused of “causing sectarian strife” and “illegal resistance of public authorities.”

Even so, “We demand our rights in returning our daughter,” responded a family representative and protest participant, and “in peacefully gathering to demand a revelation of the girl’s fate.”  Due to their incessant calls for police to act, days later Marna was returned to her family.

A happy though also rare ending.  Over the years, Coptic Christian girls have been and increasingly continue to be abducted, sexually abused, and forced to convert to Islam and marry their kidnappers—and the majority of them are never seen again.  Moreover, in the few cases that they, like Marna, are recovered, no legal action is, per precedent, ever taken against the abductors, even though Egyptian law is extremely harsh in such matters (up to 25 years imprisonment for abducting a minor female). But such is the reality of Egypt’s “justice” system when it comes to the non-Muslim Copts.

It’s also worth mentioning that, as of this date, there’s been no word of the fate of the 22 imprisoned Christian protesters—many of whom were from Marna’s family.

This entire phenomenon and process is well discussed in a report by Coptic Solidary (CS).  Fifteen-pages long and titled “‘Jihad of the Womb’: Trafficking of Coptic Women & Girls in Egypt,” it documents “the widespread practice of abduction and trafficking” of Coptic girls.  According to the report:

The capture and disappearance of Coptic women and minor girls is a bane of the Coptic community in Egypt, yet little has been done to address this scourge by the Egyptian or foreign governments, NGOs, or international bodies. According to a priest in the Minya Governorate, at least 15 girls go missing every year in his area alone. His own daughter was nearly kidnapped had he not been able to intervene in time….  The rampant trafficking of Coptic women and girls is a direct violation of their most basic rights to safety, freedom of movement, and freedom of conscience and belief. The crimes committed against these women must be urgently addressed by the Egyptian government, ending impunity for kidnappers, their accomplices, and police who refuse to perform their duties. Women who disappear and are never recovered must live an unimaginable nightmare. The large majority of these women are never reunited with their families or friends because police response in Egypt is dismissive and corrupt. There are countless families who report that police have either been complicit in the kidnapping or at the very least bribed into silence. If there is any hope for Coptic women in Egypt to have a merely ‘primitive’ level of equality, these incidents of trafficking must cease, and the perpetrators must be held accountable by the judiciary.

Since the publication of that CS report in September 2020, matters have only gotten worse.  In the words of the World Watch List 2021, “In Egypt, kidnappings and forced marriages of Christian women and girls to their Muslim abductors has reached record levels.” 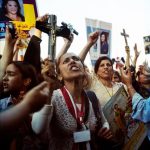 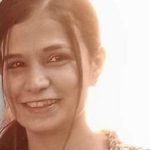