On October 7, a meeting was held in Washington, D.C., between Coptic Solidarity and members of the International Dialogue Committee headed by Mr. Mohamed Anwar El-Sadat, Head of the Reform and Development Party, and with the participation of Ms. Moushira Khattab, the new president of the Human Rights Council in Egypt, to discuss the situation of Coptic citizenship rights and the human rights situation in general in Egypt.

Mr. Sadat had telephoned Mr. Magdy Khalil, one of the leaders and founding member of Coptech Solidarity, offering to hold a private meeting. It was agreed that this would take place on the sidelines of the public meeting scheduled to be held with American civil society organizations, at the Willard Hotel in Washington. Due to lack of time, only Mr Magdi Khalil was able to participate in the special meeting, but in full coordination with the rest of the organization’s leadership.

At the meeting, which lasted about forty minutes, a “file” was presented that included three documents (*) and the main points of the paper “Urgent Proposals to Improve Citizenship and Human Rights in Egypt” were presented. The discussions took place in an atmosphere characterized by frankness and constructive dialogue.

After the meeting, Mr. Sadat sent an email on October 11 to Mr. Khalil saying:

“(..) We are studying the papers that you handed over to us regarding some of the demands and views of the Diaspora Copts regarding their families and their kin in Egypt. I hope that we will succeed in persuading the Egyptian administration and all its institutions to work on solving these problems and achieving your hopes and rights.”

Of course, we would be the happiest if the situation was addressed and the problems resolved in a serious and decisive manner. We await the results and what will be implemented of the recommendations made regarding the situation of the Copts in Egypt.

However, we strongly believe that nothing can happen in these files without the presence of a clear political will at the level of the presidency. Only President Sisi is the one who has the ability – if he wishes – to adopt policies, give the necessary directives, and insist on their implementation. We hence hope that the committee’s priority work will be to convince President Sisi and the pillars of his administration to act accordingly. 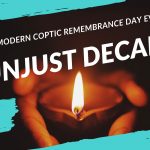 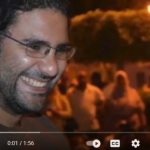