The Biden administration has decided it will hold back some — but not most — of $300 million in conditioned military aid to Egypt over human rights concerns, a U.S. official said late Monday. The money that is being sent will also have restrictions on its use.

The decision is a compromise that may disappoint some lawmakers and activists worried about abuses in the majority-Arab country. But it is also arguably a more human-rights-friendly stance than most previous administrations have taken when it comes to U.S. military aid to Egypt.

Secretary of State Antony Blinken plans to take the unprecedented step of not using a waiver that would have let him send the funds along, the U.S. official said.

Spokespersons for Blinken and the State Department did not immediately respond to requests for comment sent via email and text.

The U.S. gives Egypt $1.3 billion in military aid annually. Of that, Congress has put human-rights-related conditions on $300 million. But the secretary of State can overrule those conditions and let the aid reach Cairo, which has been the standard move.

The U.S. official said the administration planned to give $170 million of the $300 million to Egypt, but would withhold the remaining $130 million until the Egyptian government met unspecified human rights conditions.

The $170 million, however, can be used only for certain functions, such as counterterrorism, border security and non-proliferation — areas allowed under a certain provision of statutes covering the aid.

The $130 million being withheld is a sum arrived at by the Biden administration because of certain limitations put into statutes involving the funds.

President Joe Biden and Blinken, his chief diplomat, have said they are committed to promoting human rights, even when it comes to allied countries led by dictators like Egypt’s Abdel Fattah Al-Sisi.

Several prominent Democratic lawmakers have pushed the administration to live up to that ideal and withhold the entire $300 million from Egypt. They note that, among other things, Sisi has jailed tens of thousands of people on political grounds.

Among the most prominent voices urging that Biden withhold the entire $300 million has been Sen. Chris Murphy (D-Conn.). He told POLITICO recently that he would not be satisfied with a compromise move like the one the Biden administration has taken.

“The law is the law. The law says you can’t provide this $300 million unless you can certify there’s been demonstrable progress on human rights. That progress has not been made,” Murphy said at the time. “I also worry that a half-measure won’t make anybody happy. The Egyptians will still feel like they’ve been slapped in the face, but the world will not feel the full moral impact.”

Sisi has found ways to be useful to the United States. That includes cooperating on counterterrorism and maintaining a cold peace with Israel. Earlier this year, Egypt helped broker a cease-fire between Israel and the Hamas militant group in Gaza.

Sisi met on Monday with Prime Minister Naftali Bennett of Israel for talks in the Red Sea resort town of Sharm El-Sheikh. It was the first public meetingbetween an Israeli and Egyptian leader in more than a decade, and it is likely to please Washington, which is eager to see improved relations between Israel and its neighbors. 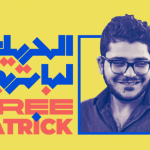 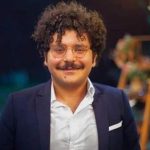