I have written an article with this title some fifteen years ago which was published in the Coptic Assembly of America (CAA) newsletter. This is a second call to save our precious and blessed land from the wiles of enemies, primarily from within and not unexpectedly from without.

Fanaticism is one of the worst ills in a society, regardless whether it is religious, social, or otherwise. It bleeds its people and rots their guts. While Egypt’s Empire, throughout its glorious history, created a civilization, yet it was by no means a perfect state.

Fast forwarding to today, the state of the country is retarded by many challenges, greatly aggravated by religious fanaticism. While Coptic fanaticism may be subliminal, Islamic fanaticism, unfortunately, is sponsored from within and from without. Space is too little to go into the litany of the aggression of misguided fanatics. The cost of unchecked actions and the consequences of fanaticism are causing the country to march backwards into the Dark Ages and worse.

We are in the Pascal week and Easter is the coming Sunday. Please act to protect this blessed event’s celebration.

It will take a combined, undivided effort of the Crescent and the Cross to reverse this backward trend. During the vile British occupation of Egypt, hand in hand, both Muslims and Christians fought for the liberation and eventual ouster of the occupier. The best of both Heavenly religions were mustered to bring about the seeming impossible.

I am well aware that there are fearless moderate giants on both sides. I am also well aware that the initiative appears unattainable and the consequences may be dire. Yet the combined effort was seen during the effort to ouster the Muslim Brotherhood-controlled temporary President of Egypt, Morsi. In Tahrir square the Muslim protected the Copts while they were performing their religious rites and the Copts stood sentinels for their brothers to pray to Allah. We were the envy of the world. Our combined faith put to shame the extremists.

Rise up ye moderates and show your metal. The challenge is grim but the reward is glorious. I call on President Abd-el-Fattah El-Sisi to lead the charge. I call on the Coptic Pontiff, along with other Egyptian Christian, to join him and other moderates in this historic effort. 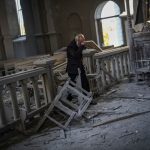 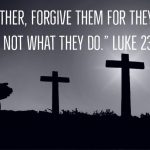 From Golgotha to Bir al-Abd: “Father, forgive them, for they do not know what they are doing”Selected Opinion