The writing is on the wall. All can read it but none heed it. The sad and dismal plight of the Copts of Egypt is well documented from the time of the Islamic invasion of Egypt in the seventh century up to date. The Coptic language, the extension of the demotic language of the Ancient Egyptian, became a dead language in the past by villainous acts not uncommonly by cutting off the tongues of those who continued using their native language. Now these heinous and murderous acts, or the too frequent cases of “disappeared” Coptic girls, are couched in an unholy dissimilation which fools most of the world, even the Copts at home or in the Diaspora.

Egypt is the land of martyrs and the Copts its saints. It is true that a church under duress becomes more powerful yet the Hammaionic law, still the law of the land even if disguised in more modern version), curtails repairs, building churches or monasteries. Th egregious acts of those in authority in Egypt, from the top downwards, incited by extreme, unforgiving, terrorist Islamists, supported and funded by the Muslim Brotherhood, the Salafists and the like, mostly by monies from overseas, is demeaning and depleting. The Copts are denied basic human rights and the world looks the other way. The bones tossed to the Copts, like building a cathedral in the new ‘administrative’ capital  of Egypt reflects beautifully on the oppressors. The Coptic clergy are cowed down by self-inflicted wounds added to the universal repression. Denying sainthood status of the Coptic martyrs, whose heads were chopped off on the shores of Libya (a status that could have helped their families), is another example of what the extremist Muslims, in effect ruling Egypt, are doing. Crushed under the heals of the oppressors we have no recourse for redress.

Where do the Copts look for succor?  Psalm 121:1,2 reads “I will lift up my eyes unto the hills, from whence cometh my help! My help cometh from the Lord who made heaven and earth.” This is our faith which we shall not relinquish. Sadly, Western Christianity is fading rapidly. Eastern Christianity is helpless or cocooned. The Pontiff of the Catholic Church leaves a lot to be desired. I shall leave it at that.

I pondered calling for an act of civil disobedience, by refraining from celebrating Easter by Copts globally. This may make headlines in some countries which may embarrass the Egyptian autocracy. I don’t lay much hope in that. The needed players are reluctant if not opposing.

Again, this a wakeup call for all those truly concerned with human rights to step forward and be counted. 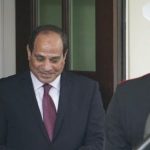 Egypt – US: It will take more than glossy propaganda to win over the Biden administrationSelected Opinion 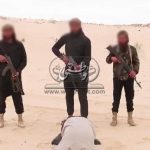