CAIRO — The Biden administration is struggling to reconcile two inescapable truths about Egypt: It’s an important friend and ally of the United States. And it has a repressive government that violates basic human rights.

This paradox — of “friendly” authoritarian regimes that are modernizing their countries but suppressing their citizens — has haunted U.S. foreign policy in the Middle East for a generation. President Biden and his team are making a new start, after four years when human rights issues were largely ignored by his predecessor.

Let’s hope the Biden team gets it right, because Egypt matters. What makes sense to me is a continuous, constructive engagement on the ground. Lecturing Egypt from afar or threatening weapons bans may make congressional critics feel as though they’ve accomplished something. But this approach risks producing a lose-lose outcome, with no progress on human rights and diminished security for both countries.

An early sign of the Biden administration’s desire to embed human rights issues in the alliance came Monday, when U.S. Central Command leader Gen. Frank McKenzie met with President Abdel Fatah al-Sissi and both sides discussed the topic. McKenzie was the first senior official to meet with Sissi since Biden took office. “Human rights issues should be important to us all the time,” McKenzie said later in an interview.

Secretary of State Antony Blinken reinforced the message Tuesday with a call to his Egyptian counterpart, Foreign Minister Sameh Shoukry. “The Secretary raised concerns over human rights, which he emphasized would be central to the U.S.-Egypt bilateral relationship,” said State Department spokesman Ned Price.

Because the Washington debate focuses on human rights issues, observers often miss the fact that the Egyptian economy is accelerating even as its political system remains stuck in a ditch. The country grew at a healthy 2.7 percent last year, according to a U.S. official based in Cairo, despite the coronavirus pandemic. Tech businesses are flourishing — growing at what the U.S. official says is a 17 percent annual rate — as the hidebound and bureaucratic system gives way to digitization.

“We just have a lot of skin in the game here,” argues the U.S. official. “There are many good stories of cooperation here in trade, education, water, health, security and regional issues.” But these aspects of the partnership are often overlooked.

Driving past the glittering neon displays that line Cairo’s highways, I was reminded of traveling in China. Ikea and other megastores cater to a growing Egyptian middle class; glitzy billboards lure families to leave the dense neighborhoods of old Cairo and buy villas in suburban developments with names like Hyde Park. A visitor senses the Chinese tradeoff at work here: Give us your freedom and we’ll give you prosperity.

Sissi is a frustrating puzzle. He has achieved reforms that eluded his predecessors, cutting subsidies for energy and other basics and encouraging investment in new infrastructure and economic development. But he governs like a general, not a president. He jails critics, muzzles the media and uses fear of Muslim extremism as an excuse to suppress any political opposition. And the overfed Egyptian military still weighs heavily on the economy, controlling giant state-run businesses that crowd out entrepreneurs.

Sissi’s defenders contend he has made progress on some social issues. Egypt’s Coptic Christians appear more secure than they were a decade ago, and Sissi makes a show of attending Christmas services most years. Women’s rights have advanced, too, with women now mandated to hold 25 percent of the seats in parliament.

Egypt’s defensiveness may be partly a reaction to the disorientation of the past decade. The Tahrir Square revolution in 2011 swept away the repressive government of President Hosni Mubarak and briefly brought the Muslim Brotherhood to power. A counterrevolution in 2013 installed Sissi.

“Egyptians tell us they are suffering from something like PTSD. Two revolutions in 10 years is a lot,” explains the U.S. official. During the tumult, he says, Egyptians feared they might lose their country to the chaos that was shattering Libya, Syria, Iraq and Yemen. Women feared their daughters would live in an Islamic theocracy.

Biden’s human rights drive will succeed only if it’s grounded in local action, rather than hectoring from afar. As the United States urges the release of political prisoners, it can also offer training for Egyptian lawyers, grants to improve detention facilities, programs for women’s business empowerment — all as part of a regular, high-level dialogue on human rights.

The United States needs a strong, successful Egypt, and the proud, prickly Sissi needs the United States, too. Russia and China simply aren’t viable alternatives in building the modern country that Egyptians want.

The United States’ best leverage is deepening its stake in a healthy, progressive Egypt, even as it holds Sissi accountable for observing international norms on the rights of his people. 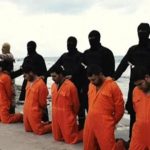 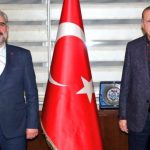