A Catholic family’s five-month search for their 12-year-old daughter who was kidnapped, forcibly converted to Islam and married to a 45-year-old Muslim in Faisalabad, Pakistan, ended on Saturday (Dec. 5) when police found her chained in her abductor’s house, sources said.

The discovery came on the heels of the killing of a young woman in Rawalpindi, allegedly shot dead by her Muslim suitor for refusing to renounce her Christian faith and marry him.

Earlier this year the father of 12-year-old Farah Shaheen reported his daughter was kidnapped on June 25, forcibly converted to Islam and married against her will. Asif Masih said police refused his efforts to register a case against the suspect, Khizar Hayat.

Police finally registered a case against Hayat on Sept. 19, but officers reportedly remained reluctant to arrest him and recover the child. Under pressure from a court and the Punjab Province government, police on Saturday (Dec. 5) recovered the girl and produced her before a judge.

The investigating officer told the court that after a surprise raid on the house, police found Farah chained in a room. Hayat and his suspected accomplices escaped arrest, he claimed.

“The dark marks on her ankles show that she was fettered for most of her time in captivity,” the source said.

The court has handed her to police custody, ordered an ossification test to determine her age and ordered registration of a case against six suspects, including Hayat, he said.

“It severely reprimanded the investigation officer of the case, Sub-Inspector Mehtab, for intentionally misreporting Farah’s age to be 17 in the inquiry report,” the source said.

The girl’s father, a single parent who works as a daily wage laborer, pleaded for custody of his daughter.

“I’m grateful to the government and the court for ensuring my daughter’s recovery, and I hope they will also punish the men who did this cruelty,” he told Morning Star News.

He added that the court should give custody of Farah to her family so that they can comfort the traumatized child.

Although intercourse with a girl below the age of 16 is statutory rape, in most cases a falsified conversion certificate and Islamic marriage certificate influences police to pardon kidnappers.

In Rawalpindi, Sonia Bibi on Nov. 30 was shot in the neck and killed while on her way to work. She was 24.

Her mother, Teresa Bibi, told Morning Star News that her daughter, the eldest of six siblings, was murdered by two Muslims after she refused to renounce her Christian faith and marry one of them.

She said that the main suspect, identified only as Shahzad, had been terrorizing her daughter for five months.

“He also sent his mother to our house for the marriage proposal,” she said. “We refused because we belong to different faiths.”

Shahzad continued to follow her daughter whenever she left home for work, often threatening to kill her if she did not change her faith and marry him, Bibi said. She said the other suspect, identified only as Faizan, used to accompany Shahzad in stalking Sonia.

Bibi said her daughter left their home for work at around 9:30 a.m., and about an hour later her employer informed the family that police had found her body on a roadside. Officers who discovered the corpse had discovered her employee card on her person and called her employer.

Police have arrested Faizan, while Shahzad is still on the run.

Sonia Bibi began supporting the family as a housemaid two years ago, after her mother injured her arm.

“She was our breadwinner, and I’m still unable to reconcile with the fact that she’s no more,” Teresa Bibi said.

National Commission for Minorities Member Albert David said that they had taken notice of the gruesome incident and would make all efforts to provide justice to the family.

“The girl’s father is a sanitary worker, and she was helping him in providing for the family,” David said. “The main accused is still at large, but his accomplice, Faizan, has surrendered to the police and is currently in custody. Police are grilling him for information.”

In October a committee formed by the National Commission for Minorities announced that it had finalized a draft law to curb forced conversions. The bill, however, will be finished only after consultations with provincial leaders and representatives of various religious, social and political groups.

A key aide to the country’s minister on religious harmony recently announced that the government has taken notice of Christians’ concern over the increasing number of cases of forced conversions and underage marriages and ordered investigations on a “case-to-case” basis.

“No one, whether a person or a group, would be allowed to exploit minor children in the name of religion,” Allama Tahir Mehmood Ashrafi said at a Nov. 30 press conference after a meeting of leaders of the two mainline Protestant and Catholic churches in Pakistan. “We have found out that a majority of such cases are an outcome of sexual exploitation and have no relation with Islam. Our religion forbids forced conversions, and all people using religion to cover their crimes will be brought to justice.”

The president of the National Council of Churches in Pakistan, Bishop Azad Marshall, said at the press conference that girls are suffering physical, mental and emotional trauma as a result of abductions and forced conversion/marriage. The recent cases of Farah, 13-year-old Arzoo Raja of Karachi and 14-year-old Maira Shahbaz of Faisalabad, were highlighted in the media but represent the tip of the iceberg, he said.

“There are many other cases that go unreported due to societal pressure and fear of reprisal by the accused,” he said, adding that current laws are not being fully enforced.

“An administrative and policy intervention on an urgent basis is necessary to protect the rights of religious minorities, especially of women and children,” he said, adding that the government should strengthen institutional protection of minority rights by undertaking legal, policy and administrative measures against forced conversions.

The Center for Social Justice reports that 162 questionable conversions have appeared in the media since 2013. About 52 percent of allegedly forced conversions occurred in Punjab Province and 44 percent in Sindh Province, while 1.23 percent each were reported in the federal and Khyber Pakhtunkhwa areas. One case was reported from Balochistan Province.

The data shows that 54.3 percent of the girls and women were Hindu, 44.4 percent were Christian and 0.62 percent belonged to Sikh and Kalash communities.

Pakistan ranked fifth on Christian support organization Open Doors’ 2020 World Watch list of the 50 countries where it is most difficult to be a Christian, and on Nov. 28, 2018, the United States added Pakistan to its blacklist of countries that violate religious freedom. 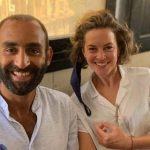 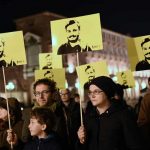