The arrests of three staff members of one of Egypt’s leading human rights groups, including its executive director, has sparked condemnation from rights organizations, international bodies and governments around the world.

On Friday, the United Nations High Commissioner for Human Rights, Ravina Shamdasani, issued a statement calling the arrests, “part of a broader pattern of intimidating organizations defending human rights and of the use of counter-terrorism and national security legislation to silence dissent.”

The latest arrest came on Thursday evening when security forces detained EIPR’s executive director Gasser Abdel Razek from his home in Cairo. He was brought before the State Security Prosecution at 3 am on Friday and ordered to be held for 15 days in remand detention in Case 855/2020 on charges of joining a terrorist group, publishing false news that undermines public safety, and using an online account to spread false news. Abdel Razek’s colleagues, Karim Ennarah, the head of EIPR’s criminal justice unit, and Mohamed Basheer, the group’s administrative director, were arrested earlier in the week and ordered detained for 15 days on similar charges in the same case.

After Basheer was arrested on Sunday, Abdel Razek told Mada Masr at the time that the move was a direct response by authorities to a meeting held at the group’s office earlier this month with 13 European diplomats and ambassadors to discuss the human rights situation in Egypt.

Ambassadors from Germany, France, Belgium, Denmark, Finland, Italy, the Netherlands, Spain and Switzerland as well as Chargés d’Affaires of Canada, Norway, and Sweden, the deputy ambassador of the United Kingdom and representatives from the European Commission in Cairo attended the meeting.

In a statement on Friday, Amnesty International condemned the arrests as a “vicious reprisal campaign” by Egyptian authorities. “Amnesty International calls on countries whose representatives attended the meeting on 3 November, including the United Kingdom, Canada and Germany, to break their silence and publicly demand Egypt release these human rights defenders and end its brutal repression of the human rights community,” the statement said.

“This is an unprecedented crackdown on the human rights community and could well go beyond EIPR to engulf the few other remaining brave groups. The tepid response by the international community risks emboldening the Egyptian authorities and sends a terrifying message to civil society that human rights work will not be tolerated,” said Philip Luther, Amnesty International’s Middle East and North Africa Research and Advocacy Director.

Amnesty has launched a petition calling on Egyptian authorities to “immediately and unconditionally release” Basheer, Ennarah and Abdel-Razek and drop all investigations against them, and to “end the brutal crackdown on human rights NGOs, and allow them to carry out their vital work without fear of reprisals.”

Officials from a number of countries have spoken out against the crackdown including Germany, Norway, Sweden, and Ireland.

In the United States, former Democratic presidential candidate, Massachusetts Senator Elizabeth Warren, called the arrests “unacceptable” in a post on Twitter. Meanwhile, Delaware Senator Chris Coons, who is reportedly being considered as a possible candidate for Secretary of State in the incoming Biden administration, described the arrests as “another disturbing example of Egypt’s crackdown on human rights activists.” Other US lawmakers who condemned the arrests include Wisconsin Senator Tammy Baldwin, Florida House Rep. Ted Deutch, and Wisconsin Rep. Mark Pocan. The State Department’s Bureau of Democracy, Human Rights, and Labor also said it was “deeply concerned” about the arrests.

The arrests came in conjunction with a coordinated smear campaign by media outlets owned by the General Intelligence Service, which called EIPR an illegal organization whose goal is to undermine Egypt and harm its national security.

Founded in 2002, EIPR uses research, documentation, legal aid, strategic litigation and advocacy in its work on civil liberties, economic and social rights and criminal justice. Over the past several years they have worked on a number of issues in Egypt, including the prison conditions amid the COVID-19 pandemic, increasing use of the death penalty, crackdowns on the LGBTQ community, foreign debt, and sectarian violence.

EPIR’s gender rights researcher, Patrick George Zaki, was arrested in February at Cairo airport upon his arrival from Italy where he was studying abroad. He was tortured during his interrogation and remains behind bars in remand detention.
____________________________________________
https://mada26.appspot.com/madamasr.com/en/2020/11/20/news/politics/crackdown-on-eipr-sparks-international-condemnation/ 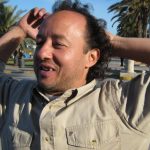 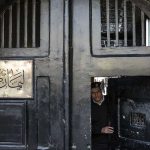 Egypt cracks down on blasphemy in wave of arrestsNews & Reports