“Once again, the Egyptian authorities have confirmed their ruthless intolerance of critical views and freedom of expression. Bahey el-Din Hassan is one of the founding members of Egypt’s human rights movement, and this sentence, which was handed down in his absence, is a mockery of justice and sends a chilling message to Egypt’s embattled human rights movement. Egypt continues to be an open-air prison for those human rights defenders who are not already behind bars or in forced exile, as authorities slap bogus state security charges on anyone who dares to criticize them or their draconian laws or to defend the rights of countless victims of human rights violations by the state.

“We strongly and categorically condemn today’s verdict against Bahey el-Din Hassan, and call for his conviction and sentence to be quashed. The evidence used to convict Bahey el-Din Hassan was tweets about the dire human rights situation in Egypt and about his participation in the UN Human Rights Council, where he called for justice for Giulio Regeni, an Italian student who was forcibly disappeared and unlawfully killed. Courts also relied on investigations by the notorious Supreme State Security Prosecution, a special branch of the prosecution responsible for state security crimes and National Security Agency, a special police force, implicated in the enforced disappearance and torture and other ill-treatment of detainees with impunity. This is a grim illustration of just how twisted the Egyptian authorities’ definition of crime has become.

“Amnesty International believes that the charges on which Bahey el-Din Hassan was convicted are completely unfounded and solely based on his work defending human rights. The authorities must ensure this outrageous verdict is quashed and drop all further charges and arbitrary measures against him.”

Bahey el-Din Hassan is the Director and co-founder of the Cairo Institute for Human Rights Studies.

The charges against him include “disseminating false news that could undermine public security and public benefit through social media” and “insulting the judiciary”, under Egypt’s penal code on crimes against state security and the draconian 2018 cybercrime law. Such charges are routinely levied against anyone who peacefully exercises their right to free speech to criticize or comment on governance and public affairs in Egypt.

In 2014 Bahey el-Din Hassan left Egypt after receiving death threats and currently lives in exile. In April 2016, an investigative judge issued a travel ban and an asset freeze against him as part of a politically motivated investigation into the work of human rights organizations in case 173, known as the “foreign funding case”, where at least 31 human rights defenders and civil society staff members have been banned from travel while ten have their assets frozen. In September 2019, a court sentenced Bahey el-Din Hassan in his absence to three years in prison and a fine of 20,000 Egyptian pounds (around 1,300 USD) for “insulting the judiciary”. 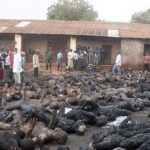 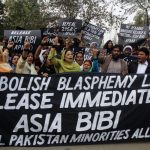