After a nod from Queen Elizabeth to grant her membership on the council, Dr. Nemat Shafik has become a permanent member of Britain’s House of Lords. The confirmation came from the UK government, which recently announced the Egyptian-born Director of the London School of Economics (LSE) will be made a Life Peer. Shafik, who was once regarded as the most powerful woman in London while she served as the Deputy Governor of the Bank of England, has been nominated to sit in the Lords as a Crossbench Peer.

Without any prior political affiliations, the economist known by her nickname Minouchewill have the ability to directly and independently examine and vote on legislation and question government policy. Shafik will be granted the title of Baroness, just like the other female members of the House, plus her children will be granted honorary titles. The tri-lingual expert has already been made a Dame Commander of the British Empire, in the Queen’s New Year’s 2015 Honours list, allowing us to call her Dame Nemat Shafik, DBE as well.

“It is a huge honour and I hope to use this opportunity to serve to the best of my ability.  I especially look forward to highlighting how the social sciences and humanities have a vital role in tackling the enormous challenges facing the UK and wider world –  from managing the impact of pandemics and combating climate change, to supporting economic recovery and wellbeing,” Shafik said in a statement about the appointment, according to the LSE website.

Before becoming the first female to head LSE, where she completed an MSc in Economics, Shafik was considered “sheriff of the markets” while she was the Bank of England’s Deputy Governor. As well as being on the Bank’s major policy committees, she led the Fair and Effective Markets Review, creating reforms to tackle misconduct in financial markets. Shafik, who also has a DPhil in Economics from Oxford University, was the first-ever to be specifically appointed to oversee markets and banking.

During her extensive career, Shafik has worked in a variety of senior positions at the World Bank, where she became the youngest Vice President in the history of the organisation at 36. After that Shafik, who has dual American and British citizenships due to growing up in the US and spending her later life in the UK, served as Deputy Managing Director of the International Monetary Fund. She has also worked at the UK Department for International Development, working her way up from Director General for Country Programmes to Permanent Secretary. Plus, the Alexandria-born whizz previously held academic appointments at the University of Pennsylvania’s Wharton Business School and Georgetown University’s economics department.

Additionally, Shafik has authored, edited, and co-authored a number of books and articles on a wide variety of economic topics. The inspiration has also been placed on numerous power lists and has been involved in international organisations, served on a number of boards and chaired int.national consultative groups. 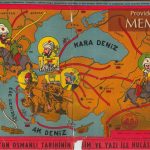 Where Will Erdoğan Strike Next?News & Reports 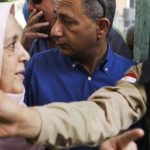