According to the Koran and the recorded sayings (hadith) and biographies (sira) of Islam’s founder, “To leave Islam, to insult Muhammad or Allah, to deny the existence of Allah, to be sarcastic about Allah’s name, to deny any verse of the Koran” or to commit other acts of blasphemy are all punishable by death.

On May 17, Turkish photographer Fırat Erez, a former supporter of Turkey’s ruling Justice and Development (AKP) Party, was arrested in the city of Antalya after saying “Islam is immoral” on his Twitter account.

“This is not hate. It is a decision,” he wrote. “Islam is immoral. His Prophet, Allah, his disciples could not protect it. Islam has not overcome the moral barrier. It cannot. You cannot find the truth by bending over five times a day. Plain, clear and painful.”

Erez was detained by Antalya police for “insulting religious values” and “provoking hatred or hostility in one section of the public against another section”.

Many people who commented on Erez’s Twitter post called on authorities to arrest and punish him. One openly called on the “special operations unit” to torture Erez and “not to leave a single rib in his body that is unbroken, a tooth that is not pulled out, and a nail that is unextracted.”

On March 31, Aygün had posted a tweet that criticized Turkey’s “national donation campaign” to fight the coronavirus outbreak, announced by Turkish President Recep Tayyip Erdoğan, with wordplay over a verse in the Koran. Many social media users have criticized the government for asking citizens to donate to the campaign when many citizens themselves are financially struggling after the government has mismanaged or irresponsibly wasted much of its budget.

Aygün criticized the donation campaign by referring to the Koran, which uses the term “iman” (religious belief) several times particularly in the expression “O you who believe! [who have faith]”. Aygün replaced the word “iman” with “IBAN” [International Bank Account Number] and wrote:

“O you who have IBAN! We gave you IBAN numbers from separate banks so that you will engage in IBAN. Undoubtedly, in the afterlife, those do IBAN will be separated from those who don’t!”

“The humiliation and attrition of Muslims before society,” Diyanet said, “is never acceptable in any legal system.”

Mustafa Doğan Inal, one of Erdoğan’s lawyers, also launched a criminal complaint against Aygün. It said, in part:

“The words of the suspect containing insults and accusations based on false claims that are impossible to be tolerated have reached more than one person, and have led to the insulting, degradation and demoralization of a particular section of the society.”

Inal also said in the criminal complaint that Aygün’s Twitter post “insulted the Koran, the holy book of Muslims, in a country where almost the entire population is Muslim and lives as Muslims.

“Degrading the book and its verses, which is one of the top priorities of the Muslims, by changing the places of letters and words through some word games is an unacceptable, ugly and presumptuous attack. Our book, Koran, clearly makes known the end [fate] of such people.”

Indeed, laws criminalizing blasphemy or any criticism of the Islamic religion is deeply rooted in Islamic scriptures. According to the Koran and the recorded sayings (hadith) and biographies (sira) of Islam’s founder, “To leave Islam, to insult Muhammad or Allah, to deny the existence of Allah, to be sarcastic about Allah’s name, to deny any verse of the Koran” or to commit other acts of blasphemy are all punishable by death.

Such teachings have become embedded in the culture of many Muslim communities. Blasphemy is punishable by death in six countries: Iran, Pakistan, Afghanistan, Brunei, Mauritania and Saudi Arabia.

Turkey does not have a separate law on blasphemy, but critics of Islam can be exposed to physical violence and death. Turan Dursun, an ex-Muslim imam and author who spoke about his atheism and publicly criticized Islam, and professor Bahriye Üçok, who said the use of headscarf was not obligatory in Islam, were both murdered in Turkey in 1990.

Certain laws in the criminal code are specifically cited to punish people for offenses related to “disrespecting” or “insulting” Islam. Article 216 of the Turkish criminal code, for instance, outlaws “insulting religious belief”:

“Any person who openly disrespects the religious belief of group is punished with imprisonment from six months to one year if such act causes potential risk for public peace.”

Bans on, or pressure against, any criticism of religion appear to be commonplace across the Muslim world. According to a report by the United States Library of Congress:

“Most jurisdictions in the Middle East and North Africa have laws prohibiting insulting Islam or religion generally. Many of them have recently applied such laws, including in Algeria, Bahrain, Egypt, Iran, Jordan, Kuwait, Morocco, Qatar, Saudi Arabia, Sudan, Tunisia, the United Arab Emirates, and the West Bank.

“In South Asia, the Islamic states of Afghanistan and Pakistan have blasphemy laws that are actively enforced.

“Islamic countries in East Asia and the Pacific, including Brunei, Indonesia, Malaysia, and Myanmar, have blasphemy-related laws that are actively enforced.”

Apostasy is often charged along with blasphemy. According to a 2016 report by Pew Survey:

More alarming is that these pressures and bans come not only from governments. Many of the people in the countries mentioned above also appear enthusiastically to support strict or even deadly blasphemy and apostasy laws. According to a 2013 Pew survey, overwhelming percentages of Muslims in many regions — Southeast Asia (84%), South Asia (78%), the Middle East and North Africa (78%), and Central Asia (62%) — favor making sharia, or Islamic law, the official law of the land. And according to sharia, blasphemy and apostasy are punishable by death.

The “End Blasphemy Laws Campaign”, run by the International Coalition Against Blasphemy Laws, has been trying to repeal blasphemy and related laws worldwide. According to its official website:

“While freedom of thought and belief, including religious belief, must be protected, it is equally important to guarantee an environment in which a critical discussion about religion can be held.

“Countries which prosecute ‘blasphemy’ and ‘insult to religion’ tend to suffer disproportionately many incidents of intercommunal and mob violence, vigilantism against individuals, and the general silencing and persecution of minorities.

“Criminalizing ‘insult to religion in the penal code lends… legitimacy to the social persecution of individuals and groups who are said to ‘offend’ mainstream religious sensibilities, sometimes with their speech acts or writing, often just through their existence, or based on rumours spread with the intention of whipping up violence.”

Hakan Aygün was released on May 6, pending trial. His next hearing will be held on July 14. Fırat Erez, however, is still in jail. The way these two individuals have been targeted appears to be a warning by the government to other potential dissidents who might consider criticizing some aspects of Islam or a government policy.

Even if criticizing Islam might be offensive to some Muslims, all ideas, religions and ideologies should be open to criticism so long as one does not incite violence. “If liberty means anything at all,” the author George Orwell wrote, “it means the right to tell people what they do not want to hear.” Sadly, however, a philosophy that is for liberty seems a million years away from Erdoğan’s government.

In Turkey, where at least 103 journalists and media workers are in prison, Orwell could probably write another book about the government’s tyranny against minorities and dissidents.

Uzay Bulut, a Turkish journalist, is a Distinguished Senior Fellow at the Gatestone Institute. 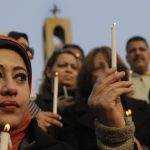 Misunderstanding Copts in America: A Response to Candace LukasikSelected Opinion 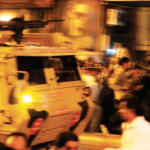