By Seth Binder of POMED and William D. Hartung of Center for International Policy –

Since overthrowing Egypt’s democratically elected president in 2013, President Abdel Fattah al-Sisi has built the most repressive Egyptian state in modern history. His regime has engaged in a systematic pattern of gross human rights violations, from gunning down peaceful protesters in the streets to jailing tens of thousands of political opponents, severely restricting the ability of independent non-governmental organizations (NGOs) to operate, all but eliminating a free and independent press, and perpetuating tensions between Muslims and Christians.

Egypt’s military relies heavily on U.S. security assistance, but instead of using U.S. assistance to develop the military’s capabilities and advance shared national security interests, the Egyptian government has misused the aid for patronage and prestige.

In a new report jointly published by POMED and the Center for International Policy (CIP), “U.S. Security Assistance to Egypt: Examining the Return on Investment,” coauthors Seth Binder of POMED and William D. Hartung of CIP call for a revamp of U.S. security assistance to Egypt—including a reduction in U.S. military aid. 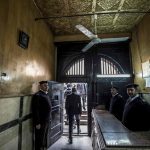 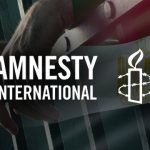