Coptic Solidarity had a conference call with 4 FIFA staff members from several departments to discuss ongoing efforts to urge the Egyptian Football Association (EFA) to end discrimination against Coptic footballers and to include them in all levels of football programs throughout Egypt. This 45-minute call, which took place on April 2, 2020, replaced a meeting scheduled in March at FIFA’s headquarters in Zurich that was cancelled due to current conditions.

Coptic Solidarity appreciates recent steps FIFA has taken in response to Coptic Solidarity’s campaign to combat discrimination against Coptic footballers in Egypt. These steps include meeting with the EFA’s Normalization Committee, as well as working closely with that committee to ensure that the new statutes they are drafting are in accordance with FIFA’s principles.

In August 2019, FIFA appointed a transitional Normalization Committee tasked with running the EFA temporarily, drafting new statutes, and having those adopted by the EFA Congress.

To date, the EFA Normalization Committee has yet to respond to Coptic Solidarity’s formal letter with specific recommendations to end discrimination or the enclosed report compiling specific cases of Coptic footballers titled, Discrimination Against Copts in Egyptian Sport Clubs. Coptic Solidarity simultaneously launched an online grassroots campaign whereby supporters can send messages to both the EFA and FIFA urging them to work towards ending discrimination against Coptic footballers.

During the conference call, FIFA representatives provided Coptic Solidarity with a thorough review of what has been done, and on future plans, to address our concerns. The EFA Normalization Committee has so far denied any discrimination against Coptic footballers in their meetings and written communication with FIFA.

It is imperative that the EFA’s new statutes not only affirm FIFA’s policy against discrimination and promotion of diversity, but that the newly elected EFA board members ensure full implementation of these statutes. Analogously, FIFA must ensure the statutes are enforced, lest they become mere pageantry. 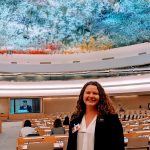 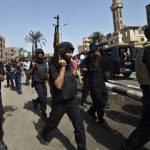