Dear Members of the Normalisation Committee,

Coptic Solidarity (CS) is an independent, secular human rights organization. Our mission is to achieve equal citizenship rights for the Copts of Egypt, and for all religious minorities.

In this capacity, CS has received dozens of reports of discrimination from Coptic footballers in Egypt, indicating systematic discrimination against them based solely on faith, which prevents them from reaching the highest levels of competition.  In response, CS published a report titled Discrimintion Against Copts in Egyptian Sport Clubs,  which we also submitted to FIFA by email and via the online complaints mechanism.  The report contains an overview of the widespread discrimination against Copts in football including ample sources and testimonies by moderate Muslims corroborating reality of the ongoing discrimination. It also includes a sampling of 25 of the cases reported to Coptic Solidarity by Coptic footballers.

The Egyptian Olympic Mission to Brazil in 2016 was completely devoid of Copts, and the same applies to the Egyptian national team at the 2018 World Cup in Russia. Not a single Copt can be found on either the main team or the reserve. There are currently 540 players in the top-flight soccer clubs in Egypt, and that number includes only one Coptic footballer. During the past half-century, an infinitely small number of Coptic footballers – no more than 6 – have managed to join top flight soccer clubs.

In accordance with FIFA’s 4th statue on anti-discrimination for all member organizations, CS urges the Normalisation Committee to utilize this opportunity to undertake the following measures which are important first steps towards ending discrimination against Coptic Footballers in Egypt. They can be continued and furthered once new members are elected as leaders of the Egyptian Football Association.

Thank you for considering these important requests, and we look forward to your reply. 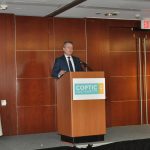 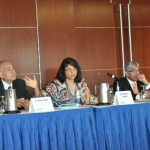