“Those killed in Hukke village are mostly elderly Christians who were unable to escape as members of the community ran into surrounding bushes during the attack,” Moses told Morning Star News.

She said the assailants burned 24 houses in the village.

The herdsmen also attacked Ancha village on Wednesday (April 1), killing three Christians, and on Tuesday night (March 31) attacked Rosu village in the same area, where another three Christians lost their lives, Moses said. All those slain in the villages were members of the Evangelical Church Winning All (ECWA), Church of Christ in Nations (COCIN) or Baptist churches, she said.

Christian community leader Sunday Abdu confirmed the killing of the three Christians in Ancha village. Abdu, president of the Irigwe Development Association, said in a press statement from Jos that Fulani herdsmen killed them.

“While our people have continued to remain indoors and law-abiding in the wake of the national outcry over the coronavirus, the assailant Fulani herdsmen have continued each day within the last two weeks to visit us with mayhem,” Abdu said. “On Wednesday, April 1, in Ancha, one of our troubled communities was visited once more in an attack that left three people dead and various houses razed. On Thursday, April 2, we woke up to bury seven people burnt to death in Hukke from an overnight attack.”

Ancha had been attacked by Muslim Fulani herdsmen on Sept. 7, 2017, when 27 Christians were killed, he said.

Christian community leaders say more than 500 Christians have been killed in the area in the past five years. Istifanus Gyang, a member of Nigeria’s parliament, the National Assembly, expressed sadness over last week’s attacks.

“It is sad and disturbing that while all nations, Nigeria inclusive, are battling to overcome the plague of coronavirus, killer herdsmen are still in the habit of attacking helpless communities of Plateau North Senatorial District,” Gyang, deputy chairman of the Senate Committee on Defense, said in a statement. “At a time when the entire human race is sober and seeking God in prayers against COVID-19, killer herdsmen are showing no sense of fear of God nor value for human life.”

The killings follow March attacks in which herdsmen killed 50 Christians in Plateau, Benu and Kaduna states, the International Society for Civil Liberties and the Rule of Law reported in a statement from Onitsha, Anambra state.

In a statement issued from Zurich, Switzerland on Jan. 30, Christian Solidarity International (CSI) issued a genocide warning for Nigeria as it called on the Permanent Member of the United Nations Security Council to take action.

CSI issued the call in response to “a rising tide of violence directed against Nigerian Christians and others classified as ‘infidels’ by Islamist militants in the country’s north and middle belt regions.’”

“The conditions for genocide exist in Nigeria, with Christians, non-violent Muslims, and adherents of tribal religions being particularly vulnerable,” John Eibner, chairman of CSI’s International Management, said in a statement. “The increasingly violent attacks and the failure of the Nigerian government to prevent them and punish the perpetrators are alarming. CSI therefore calls on the permanent members of the U.N. Security Council to take swift action to uphold this commitment to genocide prevention in Nigeria.”

At least 1,000 Christians in Nigeria are reported to have been killed by Islamist militias over the past year, with 6,000 murdered since 2015, according to the most conservative estimates from Nigerian Christian sources, Eibner said.

Additionally, he said, the International Criminal Court’s (ICC) Office of the Prosecutor reported at the end of 2019 that there is “reasonable basis” to believe that war crimes and crimes against humanity have taken place in Nigeria. The ICC report stated that not only Boko Haram and its Islamist offshoots are under investigation, but also the Nigerian Security Forces (NSF), Eibner said.

According to the ICC, the investigation of NSF includes acts of violence against persons associated with the Shiite “Islamic Movement of Nigeria” and the predominantly-Christian Indigenous People of Biafra.

CSI last year launched its Nigeria Report website with news and a discussion platform about ways to end the sectarian conflicts and tribal rivalries in Nigeria. 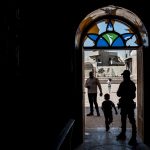 Middle East Christians Have Lost Easter Before. Here’s What They Learned.News & Reports 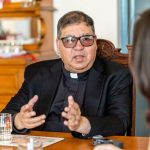