The United States Commission on International Religious Freedom (USCIRF) has called on the United States government to include religious minority communities facing severe risk in evacuations to escape persecution from the Taliban. “While the United States government is working around the clock to evacuate American citizens and Afghans with U.S. affiliations, Afghan religious minorities face extreme risk from the Taliban and must be part of this urgent effort,” said USCIRF Commissioner Frederick A. Davie.

Knox Thames, who served as the State Department Special Advisor for Religious Minorities under both the Obama and Trump administrations, recently wrote, “Minorities such as Hazara Shia, Sikhs, and Hindus can expect violence and harsh restrictions. Underground Christians, Baha’is and atheists are fearful for their lives.”

Nina Shea writes in the Epoch Times, “President Biden Must Oppose the Taliban’s Current and Future Crackdown on Human Rights.”

Farahnaz Ispahani, a public policy scholar at The Woodrow Wilson International Center for Scholars, a senior fellow for South and Southeast Asia at the Religious Freedom Institute and a former member of the Pakistani Parliament, writes about the vulnerability of women and religious minorities in The Hill.

Christianity Today posted an insightful article on how Christians inside and outside the United States are trying to apply their faith on how to best advocate for justice in the aftermath.
___________________________________
Photo Credit: Evacuees line up to board buses during an evacuation at Hamid Karzai International Airport, Kabul, Afghanistan (Reuters) 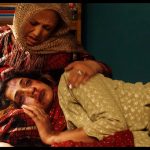 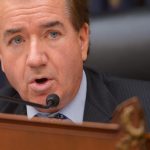