The UK government still refuses to use the word ‘genocide’ about the systematic massacre of Armenians during the collapse of the Ottoman Empire. The Turkish government is especially touchy about the use of that word. Our strategic and economic links with Turkey are considered just too valuable to upset them.

But there is another word that is also often avoided when speaking about this subject: Christian. For the Armenian Genocide wasn’t only the wholesale murder of a particular ethnic minority that was largely hidden from the world under the chaos of the First World War. It was also the attempt to erase Christianity from one of its most important and historic homelands.

A new book by the Israeli historians Benny Morris and Dror Ze’evi, endeavours to set right this glaring omission. The Thirty-Year Genocide: Turkey’s Destruction of its Christian Minorities is an important one, not just because it documents the policy of ethnic cleansing of Armenians from the Ottoman Empire over a much larger period than it is often understood. But also because it clearly places the word Christian in the subtitle. The Armenian Genocide was indeed an attack on the Armenian people. But it was also the genocide of Christians – and, on the estimate of Morris and Ze’evi, somewhere between 1.5 and 2.5 million of them were murdered.

This sets the recent massacre of Christians by ISIS in Sri Lanka in the context of a much larger sweep of history. And within this larger context, the explanation that Islamic fundamentalism is responsible doesn’t totally work – after all, the Young Turks who are held partly responsible for the implementation of the de-Christianisation policy were also attempting to secularise Turkey and implement ‘western’ reforms. In other words, the attempt to eliminate Christians from their historic homelands is not just the work of a few religious fanatics.

Raqqa, in northern Syria, is infamous for being the former headquarters of the ISIS caliphate. Now a few hours drive south of the Turkish border, it was here, in 1915 that survivors of the Armenian massacres were first encountered by Arab Bedouins. They stumbled out of the desert, skin and bone, close to starvation, having been forced into a death march by the Ottoman authorities. Most didn’t make it, raped and tortured, their bodies thrown in the Euphrates.

Last year, in the Christian quarter of Damascus, I saw how much the memory of these terrible events still haunts the exiled Armenian churches that established themselves in Syria. A large mural (pictured below) in the courtyard on one church on Straight Street – the street where St Paul sought baptism after his dramatic conversion on the Damascus road – depicts a woman lying dead in the desert, her hand severed and a cross shaped sword through her back, her small and bloodied child crawling helpless beside her body. The word “Genocide” hangs in the sky. “Never forget” proclaims the painting.

But forgetting is precisely what the West has largely done – and not least by sidelining the acknowledgment that what happened was the genocide of Christians, murdered for their faith.

Consider this small, but telling, example. Back in February, the arts website, Hyperallergic, published an important article about the destruction of medieval Armenian churches and gravestones in Azerbaijan. The extraordinary thing about this attempt to wipe away the memory of the Christian presence in Azerbaijan is that it started in the late 20th century and wasn’t completed until relatively recently, in the 21st.

Back in 2005, from across the border in Iran, an Armenian bishop videotaped 100 Azerbaijan soldiers smashing Armenian Christian graves with sledgehammers. There were once around 10,000 headstones here, which made it one of the largest Christian burial grounds in the region. Now the area is an army firing-range. As recently as 2003, satellite photography showed the area still contained a number of headstones. By 2009, the area is flattened and empty. The memory of the Christian presence here has been purged. One researcher has documented the destruction of 89 medieval churches, 5,840 cross-stones and 22,000 tombstones.

The destruction of all this material culture is something the authors of the Hyperallergic report consider to be far more extensive than that ISIS destruction of Palmyra. But – and there is a but here – why has the reporting of this been confined to the culture sections of the media? I do not imagine, for instance, that if the Azerbaijan government had been systematically smashing Jewish gravestones and synagogues, the reporting of this would have been confined to the arts and design pages, as it was in The Guardian.

This is not the only recent discovery. A French researcher working at the Gladstone archive in Wales recently unearthed some documentation detailing his fascination with the so-called Eastern Question, and specifically with the condition of the Armenian minorities living under Ottoman rule.

Deep in the archive she found an annotated translation of a pamphlet titled “Dying Armenia and Christian Europe” written by a French missionary detailing the murder of Christian Armenians in the 1890’s. One passage Gladstone apparently marked with a red pen:

“The Turkish government knew beforehand of the purposed attempt and had taken the necessary measures, not to prevent the revolutionary action of a few foreign Armenians, but to organise, owing to this welcome opportunity, a universal massacre of Christians belonging to the peaceful inhabitants of Constantinople.”

And this was before the peak of the genocide in 1915. The missionary continues:

“The great and terrible tragedy of Armenia is, however for the time (I trust for the time only) out of sight, if not out of mind”

Unfortunately, these events are still largely out of mind. And it is high time that we drew all these threads together. For what connects the discovery of a small pamphlet in north Wales to the relatively recent destruction of gravestones in Azerbaijan over the last 30 years is a long history of the genocidal attempt to remove Christianity and Christians from the place where it all began. Christianity reached Armenia within a few years of the death of Christ and was established as the state religion in 301, making it the first officially Christian state.

Our current government talks a good game when it comes to Christian persecution. Theresa May’s Easter message focused on Christian persecution. But unless the Government is prepared to use the G-word with respect to the Armenian Genocide, this talk will be cheap. The Armenian genocide was, and continues to be, an attempt systematically to purge Christianity from the area in and around Turkey. At the beginning of the century, 20% of Anatolia in western Turkey was Christian. After the genocide, it was 2%. Their bones still lie undiscovered in the Syrian desert.

“Never forget” cries out the words of that painting in Damascus. Unfortunately, for the most part, we have. And it is not just governments. The church of the West has long been indifferent to the story of the church of the East. Our relative silence about the massacre of Christians in the Middle East throughout the 20th century will surely go down as one of the western church’s greatest failures. It is high time we started talking about it. 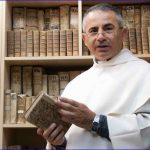 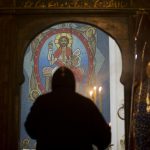