By Fionn Shiner – Aid to the Church in Need –

More than three years on from the defeat of Daesh (ISIS), Islamists in Iraq are as determined as ever to rid their towns and cities of Christians — according to a senior bishop, who has warned of a surge in extremism.

Chaldean Catholic Archbishop Najeeb Michaeel Moussa of Mosul and Akra told Catholic charity Aid to the Church in Need (ACN) that the Islamist mindset means many Mosul Christians displaced by Daesh are too afraid to go back.

He said: “The fanatical ideology continues to reign in many minds, and some people are still dreaming of driving all the Christians out of their historical dwelling places.”

He added: “The greatest fear, and one which prevents Christians from returning to their former homes in Mosul, is that of seeing the renewed growth of Islamic fundamentalism.”

According to the archbishop, Christians and other religious minorities need “the disappearance of the Salafist mentality” that is heavily embedded in the Iraqi establishment.

He added: “Sadly, however, this sectarian mentality continues to impose the Shari’a [Islamic law] within the Iraqi legislation. The school textbooks and the sectarian preaching in the mosques are a source of social and political division.

“The separation of politics and religion would be a blessing, and could certainly ease the Calvary that the Christians have been so painfully enduring ever since the seventh century.”

Archbishop Moussa said that Christians wanted to live in an Iraq where they are treated with respect and not persecuted for their religious beliefs.

He said: “The hope of the Christians is to be able to live in peace in their own country on the basis of equality of rights and duties, on exactly the same basis as the other Iraqis and not as second-class citizens or as dhimmis [the discriminatory status given to non-Muslims].

“They continue to demand their rights for the revision of certain unjust laws, for example, the forced conversion to Islam of young underage girls, if one of the parents should become a Muslim.”

The archbishop said Christians need equal opportunities at work and that some jobs are not open to them.

He said: “The Christians are also demanding the right to equality of the sexes with regard to matters of inheritance, marriage, freedom of religion and so forth… 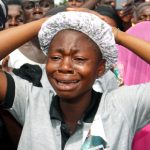 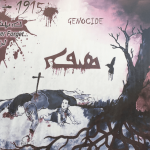