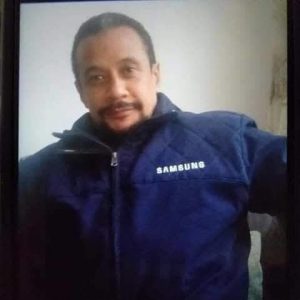 Friends of a 40 year-old Egyptian who converted from Islam to Christianity believe that his premature death on 4th October is linked to numerous threats he received from his family that they would kill him for his change of faith.

Before Amr Hussein Mohamed El-Sayeh died, apparently by electrocution at his home, he told several friends that his uncle had, in July, reported him twice to the Alexandria police security directorate for his ‘apostasy’. He also told his friends that when he tried to talk to his wife about his new-found faith, she told their family, prompting them to constantly taunt and insult him. One friend told World Watch Monitor “Amr told me recently that his family threatened to kill him”.

Suspicious circumstances surround El-Sayeh’s death. A source at the local hospital in Moharam Bek who personally saw his body says that, despite the presence of police close by it all the time, (s)he was able to see that there were blue bruises around the neck and on the face, which appeared to be incompatible with the hospital’s cause of death report: electrocution.

In addition, the source reports that the body was not given the ritual washing before burial – customary for every Middle Eastern funeral, Muslim or Christian. This, friends say, is due to the fact that, only weeks before his death, El-Sayeh had tattooed his wrist with a cross (as many Egyptian Christians do); so although his ID card still showed him as a Muslim, the body washers were told that he should be treated as an ‘apostate’. 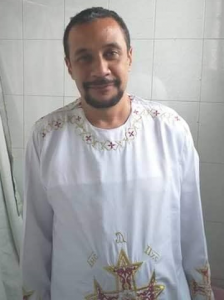 Finally, the family did not hold a funeral for him; instead El-Sayeh was buried in a charity cemetery for the poor.

El-Sayeh had left his job teaching Islamic studies to primary school age children at Alexandria’s Al Azhar Institute in March 2019. He had graduated from the Faculty of Islamic Studies at the world-famous Al-Azhar university before becoming a teacher.

However, he told his friend that, amongst other things, he had watched Christian satellite TV. The friend told World Watch Monitor “Watching these programmes made him want to know more about the truth of Islam and to read more of the Bible and to compare it, and pray. And God touched his heart and guided him on his way. He had a desire to know more about Christ and Christianity. He read more Christian books”.

On 13 April, El-Sayeh was secretly baptized into the Christian faith. He decided to take the name ‘George’. The friend told WWM “He then began to talk to his wife about Christ and the work of Christ in his life to convince her to follow Jesus like him”. 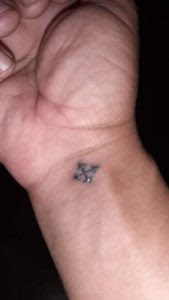 But instead she told his wider family. “Then his family began to resist him and insult him, they wondered that Amr was an al-Azhar student and a graduate of the Faculty of Islamic Studies, and yet he converted to Christianity” the friend went on.

In September, even after his uncle had reported him to the authorities, ‘George’ “made a cross tattoo on his right wrist, which triggered his family against him”.

World Watch Monitor heard from apparently unconnected sources during the compilation of this report. At least five people were so concerned for their safety that they did not want to be named, but were only willing to provide information on condition of anonymity.

This shows the life-threatening situation in which Muslims who choose to leave Islam for another faith, or no faith at all, find themselves as ‘apostates’ who’ve chosen to abandon everything: too often, their families feel so ashamed they believe they are honor-bound to kill them for the shame of betrayal of everything the family and local community hold dear. 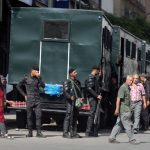 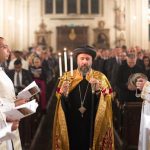