The Coptic bishop of London, bishop Angeolos, has called on Christians to be “an icon of what it is to be one in our diversity” at a time when Britain and much of the world is experiencing “great anxiety”. He was addressing around 400 Church leaders, parliamentarians and dignitaries gathered at St Margaret’s Church, Westminster Abbey, on Thursday night to mark Coptic New Year celebrations.

In the face of “so much turmoil over the past few months, even years”, the bishop called people to prayer and solidarity, as he urged them “to shine light in darkness”.

“At this time of great anxiety and uncertainty in many parts of the world, as well as our own, it is both significant and important that we gather this evening in prayer, from across the spectrum of the Church, faith, belief, and the breadth of our community and stand as one in our ongoing journey and relationship, and our commitment to one another,” he said.

Explaining the meaning of the Coptic New Year, called the Feast of Nayrouz, he said: “The Coptic Calendar begins in 284AD, the start of the reign of Emperor Diocletian, to honour the hundreds of thousands, and some even estimate millions, of Egyptian Christians who paid the ultimate price for their Christian Faith, during his reign.

“Since then, Coptic Orthdox Christians have continued to witness to their Faith in Egypt and around the world, often facing challenges, with remarkable graciousness, patience, resilience, and forgiveness.”

The Egyptian Ambassador to the UK, Tarek Adel, said that Egypt, where Christians have faced attacks in recent years, was commited to ensuring all faiths could prosper in the country.

“From this great place of worship I want to stress that peace and harmony, and the most important thing, coexistence, should be the guiding principle of any civilised society,” he said.

“We are proud that Egypt has the largest Christian community in the Middle East, and we intend to keep on working to create and enhance a conducive environment for all Egyptians to prosper and reach their full potential regardless of their faith.

“We also hope that those who insist on building walls, or spreading fear, will come to understand that our only hope as humans is to live together in peace and harmony.”

“I also take this opportunity to convey the warm greetings of His Excellency Abdel Fattah El-Sisi, President of Egypt.”

Lord Ahmad of Wimbledon, former Special Envoy on Freedom of Religion or Belief, spoke of the importance of people of faith advocating for one another.

“I pay tribute to the many selfless individuals around the world who continue to campaign for the importance and priority of religious freedom, who inspire us with their own example and courage,” he said.

“And everywhere I go I live by my own belief, of my own faith, that surely the greatest test of our own faith is the conviction we show in standing up for the faith or belief of others.” 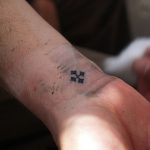 Egypt: friends fear family may have killed ex-teacher of Islam after he became ChristianNews & Reports 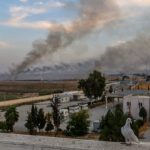