She is free at last, but Pakistan’s Christians still suffer – and Western leaders are doing little to help them

At last, Asia Bibi is free. Six months after her acquittal on a trumped-up charge of blasphemy, the Pakistani government has confirmed that she has left the country. After nearly a decade behind bars, awaiting execution, she is now in Canada – where last week, for the first time since her imprisonment, she was able to hold her daughters Esha and Eisham in her arms.

But the story of anti-Christian persecution goes on: and it poses questions for Pakistan, as well as the international community – perhaps especially Britain, which failed Asia Bibi and continues to fail beleaguered Christians around the world.

By some estimates, more than 70 people are currently on death row in Pakistan for alleged blasphemy crimes. Bibi’s own former prison cell in Multan is already occupied by another impoverished Christian woman, Shagufta Kauser. In 2014, she and her disabled husband were sentenced to death for allegedly sending blasphemous text messages – even though the couple are illiterate and the messages were in English.

The oppression of the country’s 2.5 million Christians – about 1.5 per cent of the population – goes even further. During my visit last year, I saw the shanty towns where Christian families live in one- or two-room hovels with dirt floors and no running water or electricity. There is little education or health provision. These “colonies” are reminiscent of apartheid South Africa – only without the attendant mass protests by the Left.

Inevitably, Pakistani Christians are especially vulnerable to kidnappers. In recent years, at least 1,000 women belonging to religious minorities, some of them minors, have been abducted, forcibly converted and often married to those very abductors. In the worst cases, after sexual and physical abuse, the kidnappers sell the girls into slavery and send them to brothels.

Police often show little or no interest in helping the parents. Even if the case reaches the courts, the abducted are threatened and told that if they tell the court about their kidnappings, their parents and siblings will be killed.

That is not to mention the appalling violence – Christians being burned alive in brick ovens – and the threat of terrorism: three years ago, as Christians gathered to celebrate Easter in Lahore’s Gulshan-e-Iqbal Park, a suicide bombing killed at least 75 people and injured more than 340.

Yet we should remember the other side of Pakistan. Two leading political figures – Shahbaz Bhatti, the Christian minister for minorities, and his friend, Salman Taseer, the Muslim Governor of the Punjab – were assassinated for daring to challenge Asia Bibi’s conviction. The country’s most senior judges showed great courage, twice acquitting her despite mass protests encouraged by Islamist figures such as Hafiz Ehtisham Ahmed – who was quoted by the Guardian as saying that Bibi “deserves to be murdered according to Sharia”.

Yet tolerance is also part of Pakistan’s heritage: in 1948 its illustrious founder, Mohammed Ali Jinnah, said the country’s minorities must be given equal citizenship and a place of dignity and respect. He even insisted that the white in the nation’s flag should represent the country’s minorities. His legacy lives on – but there is a struggle underway for the future of Pakistan.

What does Britain, with its close links to Pakistan – not least £2.8 billion ($3.6 billion) of aid money over the past 20 years – contribute to this struggle? A clue appeared in this week’s Sunday Times. A freedom of information request by Luke de Pulford, who has campaigned on the Bibi case for many years, asked how often Asia Bibi had been mentioned in diplomatic telegrams between Whitehall and Islamabad. The answer was: not once in the decade since her arrest.

When Bibi was acquitted by the Supreme Court, I called for the UK to offer her asylum. The Home Office said no. It was hardly a surprise given the Government’s record on religious persecution.

Five years ago, I visited detention centres in South East Asia where fleeing Pakistani Christians and Ahmadis are incarcerated like wild animals. Their claims for resettlement are kicked into the long grass by the United Nations High Commission for Refugees. One thing might help them: the Home Office could class them as victims of “persecution” rather than “discrimination”, thus raising their eligibility for asylum.

I wrote a report making that case, and submitted it to the Home Office. You can guess the response.

But it is unquestionably persecution when mobs of 1,200 burn alive Christian parents and force their little children to watch. It’s persecution when an incredibly brave 12-year-old Christian boy, Iqbal Masih, is shot dead for rebelling against enslavement; when young girls are abducted, forcibly converted and taken as wives.

Not only does the government avoid the word “persecution”, but it also seems uninterested in the problem. When you ask ministers how many claims for asylum in the UK were successful in respect of religious minorities from Pakistan over the past five years, the government says it would be “too expensive” to collect the data.

This attitude is not just confined to Pakistan. In the first three months of 2018, of the 1,112 Syrian refugees given the right to enter the UK, not one was a Christian.

Even so, there are some signs that the Government has realised it must do more. Commendably, Jeremy Hunt, the Foreign Secretary, has launched an inquiry into the persecution of Christians worldwide.

On Easter Sunday Hunt wrote movingly: “The sombre truth is that millions of Christians will today celebrate Easter while living under a similar shadow of persecution. Many will be gathering in churches at risk of attack; countless more will have suffered threats or discrimination.”

The sharp reality of this was immediately and graphically underlined by the horrific killings in Sri Lanka.

Yet the inquiry, chaired by the Anglican Bishop Philip Mounstephen, faces a Sisyphean task: the culture of indifference, right across government, should not be underestimated. The inquiry is focused on the Foreign Office, but other departments should also come under the microscope.

The Home Office refuses to call it “persecution” when Pakistani Christians are burned alive, abducted or, like Asia Bibi, accused of the capital charge of blasphemy.

The Government refuses to call it “genocide” when Christians and Yazidis in Syria and northern Iraq are hunted down, the women raped and turned into sex slaves, and their culture bombed out of existence. Indeed, for fear of upsetting Turkey, the UK still hasn’t accepted that the killing of 1.5 million Armenian Christians in 1915 was a genocide.

Perhaps most seriously, the Department for International Development (DFID) refuses to acknowledge anti-Christian persecution, because under its “religion blind” aid policy that persecution is invisible. When asked about the terrible living conditions suffered by Pakistan’s religious minorities, DFID say they “do not collect disaggregated population data on minority groups”.

I also recently asked what estimate DFID had made of the level of child labour among religious minorities in Pakistan: the number of children of school age believed to work in brick kilns, workshops, factories or as domestic servants. They replied that there will be a survey, but “The information will not be broken down by religious status.” Why not? I was told: “Child labour is widespread in Pakistan but there is a severe lack of data on the issue” – the data they don’t collect. They did, however, promise to try and disaggregate the data on levels of illiteracy.

Rory Stewart, DFID’s new Secretary of State, should end his department’s turning of a blind eye to persecuted minorities and to the country’s culture of impunity. It gives Pakistan an average of £383,000 ($500,000) in British taxpayers’ money, each and every single day; it is entitled to ask difficult questions about the treatment of minorities.

It is not just Christians who suffer from Pakistan’s culture of impunity; the whole country does. Persecution damages a country’s reputation and leads to mass emigration – often of just those people who could help the nation to flourish.

Asia Bibi’s release has been paid for in much suffering and blood. Two great advocates – Bhatti, a Christian, and Taseer, a Muslim – were murdered for supporting her. The best tribute Britain could give to their memory, to Asia Bibi, and to the legacy of Mohammed Ali Jinnah, would be a redirection of our own political priorities. 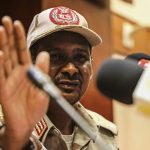 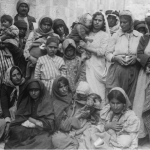 When Turkey Destroyed Its ChristiansSelected Opinion