By Bureau of Democracy, Human Rights and Labor – State Department –

According to its constitution, Egypt is a republic governed by an elected president and unicameral legislature. Presidential elections were held in March. Prior to the presidential elections, challengers to the incumbent president Abdel Fattah al-Sisi pulled out, citing personal decisions, political pressure, legal troubles, unfair competition, and in some cases they were arrested for alleged violations of candidacy prohibitions for military personnel. Domestic and international organizations expressed concern that government limitations on association, assembly, and expression severely constrained broad participation in the political process. Domestic and international observers concluded that government authorities professionally administered parliamentary elections in 2015 in accordance with the country’s laws, while also expressing concern about restrictions on freedom of peaceful assembly, association, and expression and their negative effect on the political climate surrounding the elections.

Since President Sisi requested parliament to approve a state of emergency (SOE) after the April 2017 terrorist attack on Coptic churches, he has requested and parliament has ratified SOEs with one- or two-day gaps between every two SOE periods to meet the legal requirement that SOEs may only be renewed once.

Human rights issues included unlawful or arbitrary killings by the government or its agents and terrorist groups; forced disappearances; torture; arbitrary detention; harsh and life-threatening prison conditions; arbitrary arrest and detention; political prisoners; arbitrary or unlawful interference with privacy; undue restrictions on free expression, the press, and the internet, including censorship, site blocking, and criminal libel; substantial interference with the rights of peaceful assembly and freedom of association, including government control over registration and financing of nongovernmental organizations (NGOs); restrictions on political participation; use of the law to arbitrarily arrest and prosecute lesbian, gay, bisexual, transgender, and intersex (LGBTI) persons; violence targeting LGBTI persons and members of other minority groups, and use of forced or compulsory child labor.

The government inconsistently punished or prosecuted officials who committed abuses, whether in the security services or elsewhere in government. In most cases the government did not comprehensively investigate allegations of human rights abuses, including most incidents of violence by security forces, contributing to an environment of impunity.

Long read: The history of religious persecution in EgyptNews & Reports 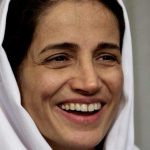