Ahead of the Egyptian Coptic Christians’ Christmas celebration on Monday, President Abdel Fattah al-Sisi announced the formation of a committee to prevent and confront sectarian violence.

The committee chair and members were drawn from national security, counterterrorism, military, and general intelligence services, the Egypt Independent reported.

Advocacy groups in the United States were more skeptical.

“Coptic Solidarity welcomes any move by the government to make a substantive change, but based on the actions of the al-Sisi administration, it doesn’t look very hopeful,” said Lindsay Griffin, Coptic Solidarity’s development and advocacy director. The group said that the recent opening of a large Coptic cathedral and the creation of the committee were “part of a well-orchestrated public relations campaign to gain support for the al-Sisi government and to divert attention from the fact that the overall human rights/religious freedom situation in Egypt is worse now than even under [former President Hosni] Mubarak.” —Julia A. Seymour
_____________________
Photo Credit: (Reuters/ Al-Yawm Al-Saba’a Newspaper)
https://world.wng.org/content/is_a_dictator_rising_in_bangladesh 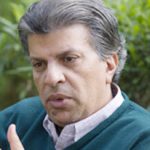 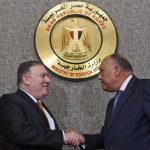