On 29 December 2018, President Abdel-Fattah al-Sisi ratified a decision to form a supreme committee to confront sectarian incidents, headed by the presidential advisor for security and counter terrorism affairs. Members of the committee will be representatives of the armed forces’ operations authority, the military and general intelligence departments, the administrative supervisory authority and the national security authority.

The Coptic Orthodox and Coptic Catholic Churches welcomed the move. Fr Boulos Halim, spokesperson of the Orthodox Church said it was a step in the right direction and had the potential of confronting extremism and helping to bring about peace in Egypt. Fr Hany Bakhoum, Spokesman of the Catholic Church, said the committee should be able to abort sectarian conflict not merely to confront it, and requested that the Church would be represented on the Committee. 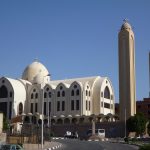 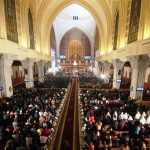