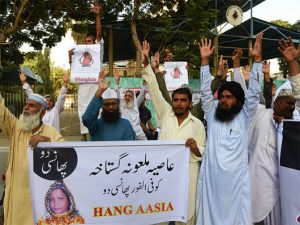 British Prime Minister Theresa May has rejected a Pakistani Christian woman’s asylum request after being advised that the move would “stoke tensions” among the UK’s three million Muslims.

May refused to grant asylum to Asia Bibi, a Christian who has been hunted by Muslim lynch mobs since her death sentence in Pakistan for “blasphemy” was overturned.

Wilson Chowdhry of the British Pakistani Christian Association, said: “Britain was concerned about potential unrest (in Pakistan), attacks on embassies and civilians. They have not offered automatic asylum, whereas several countries have now come forward. They won’t be coming to Britain. The family will definitely not be coming to Britain.”

It was reported that Bibi has been offered asylum by Australia.

In his letter of resignation last week, the UK Conservative Party’s now-former vice chairman Rehman Chishti emphasized that one of his reasons for stepping down was the “manner in which the Government has dealt with the case regarding Asia Bibi.”

“This is a case that I have worked on passionately since 2012 … to ensure that justice is done which was handed down by the Pakistan Supreme Court only recently,” he wrote. “What I found shocking, is that the British Government is failing to put into practice the core values that our country stands for; religious freedom, justice, morally doing the right thing, and that when we see injustice where an individual’s life is in clear danger and they have been persecuted for their faith, we do all we can to help them.”

According to reports, in 2010, a village imam in Pakistan declared Bibi, who refused to convert to Islam, had committed blasphemy by defiling the name of the Prophet Mohammed. A mob dragged her before a makeshift sharia court with a leather noose around her neck and beat her with sticks when she again refused to convert.

The mob then handed Bibi over to the authorities, who charged her and sentenced her to death by hanging after a 30-minute hearing.

After Bibi spent eight years on death row in solitary confinement, her conviction was overturned in a supreme court appeal.

The supreme court’s ruling set off a wave of protests by thousands of Muslims who demanded her execution. Lynch mobs have been hunting Bibi since she was released.

Bibi, a mother-of-five, remains hidden in Pakistan after Imran Khan’s government agreed to allow a petition against the court decision, as part of a deal to halt the protests.

The Daily Mail noted that while Britain denied asylum to a Pakistani Christian accused of “blasphemy,” it has given a home to “a host of hijackers, extremists and rapists”: 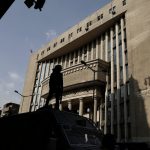