Why hasn’t she been granted asylum?

Asia Bibi got into an argument with her co-workers and ended up in jail. Bibi is a Pakistani Catholic and mother of five. She cannot read. For years, she picked fruit in her rural village. One day in June 2009, her peers refused to share a pitcher of water with her because she is a Christian. She argued with them, muttering some caustic words about the founder of Islam. They responded by accusing her of blasphemy: a capital crime in Pakistan. The next year she was sentenced to death row.

No longer. In October the Supreme Court of Pakistan acquitted and released Asia Bibi after a long legal battle, during which Islamic radicals assassinated a Pakistani official for supporting her cause. The response to her acquittal was unsurprising. Global media and human-rights organizations cheered, while Pakistani fundamentalists demonstrated and hung Asia Bibi in effigy. The outrage spooked Pakistani prime minister Imran Khan into making it more difficult for her to leave the country. Facing the risk of extrajudicial killing, Bibi remains in hiding. Her lawyer Saiful Malook fled to Europe. Protests greeted his arrival.

The other day in Frankfurt, Malook called on the German government to provide Asia Bibi and her family with documents that would allow them to exit Pakistan. Why no Western government has yet granted her asylum is something of a mystery. It is possible that Bibi and her family may be using the negotiations to secure the release of additional people whose safety they feel is also in jeopardy. European governments, including the United Kingdom’s, may also worry that Asia Bibi’s arrival would provoke a backlash from their own militant Islamists. Nor is Europe exactly the global standard in free speech. Around the same time the Pakistani Supreme Court reversed the verdict against Asia Bibi, the European Court of Human Rights upheld a verdict against an Austrian woman for “publicly disparaging religious doctrines,” namely Islam. She and Bibi should compare notes.

How lucky one is to be born in the United States. The American tradition of religious freedom is strong, and it is neither to be under-appreciated nor to be tossed off lightly. Religious dissenters founded several of the original colonies. The first clauses of the Bill of Rights prohibit an established church as well as abridgments of the free exercise of religion. George Washington’s letter to the Touro synagogue in Newport reflects the American (and Biblical) ideal: “Every one shall sit in safety under his own vine and fig tree and there shall be none to make him afraid.” Asia Bibi’s story pricks the conscience because it is so outside the American understanding of public speech, of religious practice.

Nor is it an isolated incident. Want to appreciate the blessings of liberty? Read the international news. From Uighur prison camps in China to persecution of Rohingya in Burma, from attacks on Christians in the Middle East and Africa to the return of anti-Semitism in Europe, this most basic of freedoms — to worship as one sees fit — is under global assault. As Jozef Andrew Kosc noted in a recent issue of First Things,

in much of the world, we cannot afford to suspect liberalism, but must instead affirm liberal principles of religious freedom and pluralism, private property, and the doctrines of human rights and civil liberties. These central tenets of twentieth-century Catholic social thought, affirmed in Vatican II documents (Dignitatis Humanae; Gaudium et Spes) and in more recent encyclicals (Centesimus Annus; Caritas in Veritate), may now seem tired in the West. But they remain as relevant today for the rest of our brethren as they were at the time of issuance.

They remain relevant because religious freedom and pluralism are the necessary conditions for human flourishing, for lives directed toward truth, order, justice, and peace. This conclusion isn’t derived from abstract philosophizing. It’s based on half a millennium of European history.

Why does freedom of religion come first? Because it contains other freedoms within it. Religious freedom not only implies freedom of conscience. It also leads to freedom of speech — how else to communicate one’s faith? — and to freedom of association. Its corollary is limited government, a separation of roles between God and Caesar.

Shortly after World War II, America became engaged in an internal debate, provoked by the federal judiciary, over where precisely to draw the line between church and state. If the forces of secularism have gone too far for my taste, I can at least appreciate the ways in which the structure of the Constitution protects the faithful, and the degree to which traditional religion is a far stronger force here than in Europe.

Asia Bibi belongs in the United States. What better way to sustain America’s history of religious freedom than to provide a home for this Catholic whose faith puts her life in danger? Not only would giving her shelter demonstrate our commitment to freedom, it also would highlight the differences between the United States and its sometimes-friend-sometimes-foe Pakistan. Speaking politically, it’s a gimme. And it’s a natural decision for President Trump, who has done much to defend and advance the interests of religious believers. He can extend this record of accomplishment by working to grant Asia Bibi asylum. Not for nothing does America celebrate Thanksgiving each year. There’s another pilgrim in Lahore. Give her refuge.

Matthew Continetti is editor in chief of the Washington Free Beacon. https://www.nationalreview.com/2018/11/asia-bibi-blaphemy-charges-religious-freedom-asylum/?utm_source=Sailthru&utm_medium=email&utm_campaign=NR%20Daily%20Saturday%202018-11-24&utm_term=NR5PM%20Actives 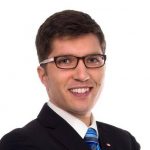 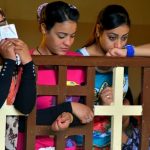