This speech was given at Coptic Solidarity’s 3rd Annual Modern Coptic Martyrs Remembrance Day on October 3, 2018.

Thank you for inviting me to speak here this afternoon at this important event to mark the seventh anniversary of the Maspero Massacre.  Of the many tumultuous events in the months and years after Egypt’s revolutionary uprising in February 2011, this massacre of Christian protesters was one of the most revealing of the methods and tactics that Egypt’s military rulers have employed to crush the democratic aspirations of the millions of Egyptians – Muslims and Christians – who rose up overthrow the thirty year Mubarak dictatorship.

It was revealing in several ways.  First in its brutality.  Mass killing of protesters has become common under President Abdel Fattah al-Sisi, epitomized by the Raba’a Massacre of August 2013, when over 800 protesters were killed and thousands injured in just one day.  Other brutal methods now common in Egypt include enforced disappearances, widespread torture, extrajudicial killings, death sentences imposed after unfair mass trials and the detention of tens of thousands of political prisoners without access to due process of law.  The imposition of military dictatorship has brought an unprecedented level of state violence that fuels conflict and insecurity.

The second way the Maspero Massacre was revealing was in the way it showed the authorities exploiting and provoking sectarian divisions between the Muslim majority and Christian minority as a deliberate policy choice, designed to incite violence from the majority population against the minority.  Infamously, while the military was forcefully dispersing Christian demonstrators in central Cairo, state controlled television broadcast false news alerts that Christians were attacking the military and urging Muslim citizens to come out into the street to confront the Christians.

This incitement to violence did not come out of nowhere.  It was only effective because the state had condoned and encouraged decades of anti-Christian defamatory propaganda in state controlled media and private broadcasting services emanating from Saudi Arabia and other states that propagate intolerant, discriminatory, hateful religious ideologies throughout the region and the world.  In 2011, the Egyptian military knew that it was addressing an audience that was disposed to believe wild stories about Christians, an audience that had been softened up by years of subtle, and not so subtle, messaging spreading the idea that Christians were suspicious, not authentic Egyptians.

Another sectarian aspect of the massacre was the state’s collusion with Salafi Muslim extremists.  The state’s failure to protect Copts in Upper Egypt from Salafi violence in Aswan governorate, leading to the demolition of a church the day before, had been a spark for the protest in Cairo on October 10. Salafi extremists attacked the Cairo protesters while the security forces stood by and let it happen, before the military moved in to brutally disperse the protest.

Authoritarian rulers, like the Supreme Council of the Armed Forces, the SCAF of 2011, and President al–Sisi’s government today, find Islamic extremists useful.  They force vulnerable minority communities, like Egypt’s Christians, to turn to the state for protection.  They also provide the government with a pretext to deny basic political freedoms, and permit a wide-ranging crackdown on all kinds of dissent and peaceful political opposition.  Authoritarians have no motive to effectively combat violent extremism; they benefit too much from the climate of fear created by a threat of terrorism and extremist violence.

When governments stifle peaceful dissent, muzzle the media, prevent the legitimate activities of non-violent civil society organizations, and restrict religious freedom they are not enhancing security –– they are undermining it.  Violating human rights and denying basic freedoms in the name of national security is counterproductive.

Authoritarian governments portray themselves as the protectors of vulnerable minorities from violent extremist movements, but by characterizing even non-violent critics and political opponents as violent extremists they worsen polarization.   Repression in the name of protecting religious minorities produces resentment among the majority.  Minorities, however undeservingly, become identified with, and therefore get some of the blame for the excesses of the state.

Disfavored religious minorities, like Coptic Christians in Egypt, are vulnerable to deprivation of their rights from the state and non-state actors.  This vulnerability is heightened – they are made more insecure – when other safeguards like a free press, the rule of law and the free functioning of independent civil society organizations are strained and under attack.

Even the ability of groups outside the country to provide support to vulnerable religious minorities is weakened by such attacks.  One challenge is gathering accurate information about incidents of persecution.  Without such information it is easy for the Egyptian authorities to dismiss concerns that may be brought to their attention.

It is a positive thing that the Trump administration is giving such attention to promoting a core human rights issue like religious freedom, but there is a contradiction: the administration prefers close cooperation with authoritarian leaders in its security relationships in the region, and has de-emphasized the need for U.S. partners to end violations and extend human rights protections as an integral part of shared efforts to enhance regional and international security.

The U.S. government doesn’t have a magic wand it can wave to bring a halt to these abuses. Even a robust relationship provides the United States with limited leverage over its partners’ behavior. But the United States can do much more to confront violators and, perhaps even more importantly, to reinforce the link between human rights, including religious freedom, and security. Governments can advance security by ensuring that diverse religious views are not only tolerated but encouraged.

Closing space for civil society and peaceful political activities facilitates the expansion of violent extremism, endangering vulnerable minority communities. Conversely, respecting fundamental freedoms, especially the freedom of assembly and association, is one of the most important defense mechanisms against it. 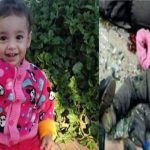 Building up a community on the foundations of Life, Liberty, and the Pursuit of Happiness; a perspective of an American-CoptMCMRD speech