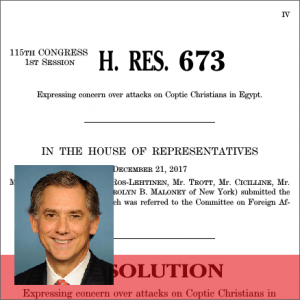 IN THE HOUSE OF REPRESENTATIVES
December 21, 2017

Mr. Hill (for himself, Ms. Ros-Lehtinen, Mr. Trott, Mr. Cicilline, Mr. Sherman, and Mrs. Carolyn B. Maloney of New York) submitted the following resolution; which was referred to the Committee on Foreign Affairs

Expressing concern over attacks on Coptic Christians in Egypt.

Whereas St. Mark brought Christianity to Egypt, where the Coptic Christians have been one of the indigenous people of Egypt for over 2,000 years;

Whereas there are over 10,000,000 Copts in Egypt, making Copts the largest Christian and largest non-Muslim community in the Middle East;

Whereas Copts and other Christians have been targets of societal aggression resulting in loss of life, property, and destruction of churches;

Whereas approximately 15 percent of Copts have emigrated from Egypt over the past few decades to escape discrimination;

Whereas in January 2015, President Abdel Fattah el-Sisi was the first Egyptian President to make an appearance at a Coptic Christian Christmas liturgy;

Whereas in August 2016, Egypt passed a new law with respect to church construction that has not lifted significant burdens on the ability to build a church;

Whereas Islamic State of Iraq and Syria (ISIS) released a video calling Copts their “favorite prey” and warning of increased attacks;

Whereas Coptic Christians face severe discrimination in both public and private employment, including senior levels in the intelligence, defense, foreign affairs, and security departments;

Whereas discriminatory social constructs have fostered an environment in which Coptic Christians are particularly vulnerable;

Whereas according to human rights groups, however, the sessions have regularly led to outcomes unfavorable to religious minorities and precluded recourse to the judicial system by such minorities;

Whereas in the summer of 2017, Egypt’s security apparatus warned churches against attacks and urged them to cancel their summer activities for fear of attacks by Islamists;

Whereas civil society institutions, women rights organizations, and national and foreign NGOs have been shut down or their activities severely curtailed, and journalists, thinkers, and dissenters have been silenced or imprisoned;

Whereas United States diplomatic leadership contributes meaningfully and materially to the international protection of religious minorities and their faith-based practices and places of worship;

Whereas the United States has a strong interest in combating the threat of Islamic terrorism and ensuring the stability of the region; and

Whereas religious freedom and human rights are an essential cornerstone of democracy that promotes respect for individual liberty and contributes to greater stability, and is a priority value for the United States to promote in its engagement with other countries: Now, therefore, be it

Resolved, That the House of Representatives—

(1) acknowledges the central and historic importance of the United States-Egypt partnership in advancing the common interests of both countries;

(2) appreciates Egypt’s regional role as a partner in the fight against terrorism and violent extremism;

(4) urges the Government of Egypt to enact serious and legitimate reforms to ensure Coptic Christians are given the same rights and opportunities as all other Egyptian citizens; and

(5) urges the Government of Egypt to take additional steps to end the culture of impunity for attacks on Christians and to continue to undertake the arrest, prosecution, and conviction of individuals who carry out attacks on Copts and other Christians in Egypt. 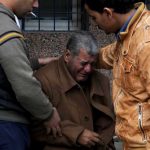 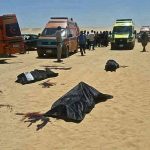