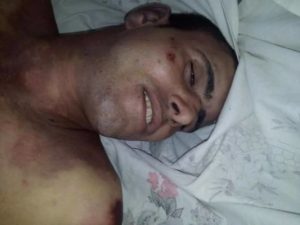 One of the staples of the Islamic whitewashing industry is the claim that jizya—the extortion money subjugated Jews and Christians were required to pay (a la Koran 9:29)—actually “entitled them to Muslim protection from outside aggression and exempted them from military service,” to quote Georgetown University’s John Esposito.

By this widely held logic, Muslim invaders did not demand that the conquered infidel populations ransom their lives with money—as virtually all Muslim jurists explain it—but rather were kind enough to offer their non-Muslim subjects “protection” and exemption from military service for a small fee.

The irony, of course, is that this claim continues to be contradicted by the deeds of Muslims in the modern era. Most recently, on March 14, Matthew Samir Habib, a 22-year-old Coptic Christian in Egypt’s military was killed by his Muslim counterparts—simply for being Christian. He is merely the latest of about nine Christian soldiers to be killed in recent months and years by Muslim soldiers on account of their faith.

And in virtually every case, a similar pattern follows: despite all the evidence otherwise (such as physical bruises all over the bodies of the slain), military officials insist that—due to some sudden and inexplicable bout of depression—all these Christians supposedly committed “suicide”; meanwhile the dead Christian soldiers’ families and those closest to them insist their slain sons and brothers were happy and healthy, that they were observant Christians, and that there was evidence that they were being persecuted by their Muslim “brothers-in-arms” for their evident Christianity.

For example, in this latest case from March 14, the murdered Copt was shot twice—and still authorities maintain it was suicide. (Click here for several more examples of military authorities offering strange reasons for the deaths, and Christian families rejecting them.)

Why these Christians were killed is not difficult to comprehend. For many Muslims in Egypt and elsewhere, war is synonymous with jihad—and it doesn’t do much for morale to have lowly infidels fighting alongside would-be jihadis.

From here we understand why Christians and Jews were truly “exempt” from military service: not because they paid jizya-tribute, but because, as conquered infidels, they themselves were the enemy and had to remain separate and subjugated—as Egypt’s Copts remain to this day. (As one example, their requests to open or renovate churches are always met with mass violence and upheavals, often enabled if not instigated by local Muslim authorities: as infidels, Christians are not allowed to build or renovate temples of worship that openly challenge the teachings of Muhammad.)

Apologists like Esposito twist the facts around in another important way: while payment of jizya did indeed purchase “protection” (of a sort) for the conquered infidels, that protection was never against an outside hostile force, but against inside hostile forces—that is, Muslims themselves: sharia manuals make clear that failure to pay jizya made the lives of dhimmis forfeit.

Finally, and as if all the above was not enough, that the Koran itself requires conquered non-Muslims “to give the jizya willingly while they are humbled” (9:29)—or else—puts to rest any claim that payment of jizya was a mere business transaction but rather a ritual show of Islamic dominance over—and contempt for—infidels. 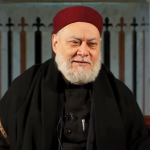 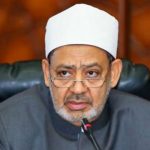