By Shira Telushkin – The Atlantic –

The 2,000-year-old Coptic Church is trying something new: spreading its message across the United States—and the rest of the world.

One day in the fall of 2010, Father Anthony Messeh, then a priest at the St. Mark Coptic Orthodox Church in Fairfax, Virginia, sat down with a list of names. There were 30 individuals—all American converts with no Egyptian heritage—who had been baptized at the church since his arrival in 2001. Of the group, only eight were still active members.

One American couple who’d left the congregation told him that while the church felt like a family, it didn’t feel like their family. St. Mark’s, like many of the over 250 Coptic churches in the United States, is overwhelmingly comprised of Copts raised in Egypt or born to Egyptian parents. Of the nearly 6,000 members of the church, most still converse comfortably in Arabic, and the services retain Egyptian cultural norms: Men and women tend to sit separately, people move around freely during prayers, and Egyptian food is often served.

Americans, even those baptized into the faith, could feel like outsiders—not only at St. Mark’s, but at churches across the country. Recent waves of immigration from Egypt had intensified the influence of Egyptian culture across American congregations.

Messeh would soon become an early advocate for a new kind of Coptic church—one that could appeal to American converts but maintain the core tenets of the nearly 2,000-year-old faith. By 2012, he decided to establish his own congregation. His services, with their chanted prayers, elaborate robes, and cymbal-playing, look traditionally Coptic Orthodox. But the English-language liturgy, crowded rows of ethnically diverse worshippers, and evangelical style of preaching feel rooted in the United States.

Messeh’s church, now 300 members strong, isn’t the only one of its kind: In the past decade, dozens of Americanized Coptic churches have opened across the United States, concentrated in Texas, California, and along the East Coast. In 2015, Bishop Youssef, one of 10 Coptic bishops in the country, founded the American Orthodox Coptic Church of Alexandria, which currently comprises five congregations from Arizona to Florida, and caters specifically to a U.S.-born audience. Church leadership has embraced the governing philosophy these changes represent: If the church wants to grow, it needs to part with some aspects of Egyptian culture and formally embrace its American identity.

But these moves have provoked some anxiety among the laity, who worry that dropping Egyptian culture will undermine the faith. A new conversation has emerged among the faithful: Can an Americanized church truly count as Coptic?

While the Coptic Church doesn’t keep any formal tally on its global presence, many scholars estimate that there are over 500,000 Copts living in the United States, with many tens of thousands of others living in other English-speaking countries. There are no formal estimates on converts either. But their growing presence in established churches, as well as their membership in the new “mission churches” in the United States, is a widely acknowledged phenomenon. “There are now more and more non-Egyptian people in church, and I am getting to be less and less unique, which is great,” said Rachel Smallwood, a native Texan who was raised a devout Baptist and was baptized into the Coptic Church in Houston in 2012.

American converts often first encounter Coptic Orthodoxy through a friend, colleague, or romantic partner. Marriage is a common motivation for conversion, as both partners have to be baptized in the faith in order to be married in the Church. Many American converts are also drawn to the Church’s claims that it’s the oldest in the world, founded by St. Mark the Evangelist in the first century. “The Protestant circles I was in would say, ‘We are trying to be more like Jesus Christ,’” said Toni Svonavec, an elementary-school teacher in Maryland who was baptized in 2014. “But for me, that is exactly what the Coptic Church already has.”

While most ethnic Orthodox churches cling to linguistic fidelity and cultural continuity abroad, the Coptic Church has not resisted acculturation. Its first English liturgy, the prayers and rituals that govern different church services, was introduced in 1980, just a decade after the first Coptic churches were established in North America. By the 1990s, almost all of the 50-plus churches in the United States prayed mostly in English, a development blessed by the Coptic Pope Shenouda III. Some Egyptian customs—like standing throughout the entire service, or kissing the priest’s hand as a greeting—also began to fade away, and more converts joined.

If this Americanization in the late 20th century had continued organically, Messeh and others may never have felt the need to establish a new brand of church. But over the past decade, a rise in Coptic immigration from Egypt, spurred by increased persecution by radical Islamist groups and the 2011 Egyptian revolution, has drastically changed Church demographics abroad. Sam Tadros, a fellow at the Hudson Institute in Washington, D.C., who writes widely on modern Coptic identity, estimates that over 18 percent of ethnic Copts now live outside of Egypt.

The immigration wave has been a boon to the Church’s population: There are now more Coptic churches in the United States than ever before. But it’s also created a cultural split. Church leaders have found themselves caught between the needs of their longtime members and those of the newcomers. Many English-speaking churches have switched back to Arabic liturgies and reincorporated Egyptian customs.

These changes risk alienating American converts, and the leaders worry they’re losing American-born Copts, too. “The last go-around, when my church flipped from English to Arabic, we lost a lot of people who had been raised American,” said Laura Michael of Jacksonville, Florida, who runs a blog called Coptic Mom and Dad, referring to the church her Egyptian-born parents help start in Virginia in the 1980s. While the all-Arabic service worked for her, she said, the change was much harder on younger relatives.

In addition to their popularity among converts, the Americanized churches have been welcomed by second- and third-generation Copts, according to several American-raised Copts I spoke with.

But their purpose isn’t solely keeping Church membership intact—they are also the basis for a new evangelization effort.

As religious minorities in Muslim-ruled Egypt, Copts have historically been prohibited from evangelizing. Gaining converts in countries like the United States, the United Kingdom, and Australia has thus proven particularly exciting. Multiple priests and members emphasized to me that rather than worry about losing their culture in foreign lands, they’re eager to finally start spreading it.

Their effort could be eased by the Church’s embrace of English-language liturgies; typically, a mix of Arabic and Coptic is used during services. Among advocates for the Americanized churches, the change wasn’t seen as a huge leap, as it would be in other Orthodox faiths. (The Armenian Orthodox church forbids English-language services, for example.) The Coptic Church is unique among Orthodox churches in its emphasis on vernacular prayer. It also lacks an emotional connection to Arabic, the most common language of prayer among Egyptian Copts. It’s seen primarily as the language of Islam, and therefore dispensable.

There is some concern over losing the Coptic language in the liturgy—perhaps the most controversial move the new churches have made. But many Copts argue the language isn’t as central to the faith as others say it is. “It’s nostalgia, these people who pray in Coptic. It has nothing to do with the church or spirituality,” said Father Athanasius Iskander, whose exacting translations of Coptic liturgies and hymns are used throughout the English-speaking world. “The Bible tells us that worshippers should understand what they say. If the language dies in this land of immigration, then that’s only a natural progression.”

Messeh agrees. “This is about the Americans finding this faith for the first time, and there being a home for them. That’s all. We need all kinds of churches,” he said. “But you can have a Coptic Church without the Coptic, and I’ll go to my grave saying that.”

With the fresh need to look beyond language or ethnicity as the binding agents of Coptic identity, advocates for Americanized churches often emphasize a connection to historical Coptic persecution.

“When I bring visitors to church, I emphasize the bloodshed and the martyrs,” said Sandra Mathoslah, an advocate for Americanized churches who lives in the Washington, D.C., area. “That is the bread and butter of the Coptic Church—this perseverance,” she said. “It’s a church with a lot of suffering.”

“You are a Copt if you relate to that history,” Tadros, from the Hudson Institute, told me. In his view, there are enough people around the world who can relate that there’s potential for a global Church community. He recalled meeting the first ethnic Japanese priest at a church in Cairo a few years ago, and his surprise at hearing Coptic chants recited with a Japanese accent. “For 2,000 years, we were the official Church of Egypt,” Tadros said. “Today, we are in Pakistan, Singapore, Thailand, New Zealand, Sweden, Fiji, South Africa, Zimbabwe, Mexico, Brazil, Ghana—we have invaded the world.” 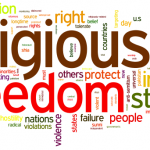 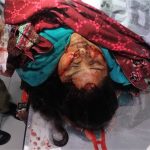