At the time of the act’s drafting, “scholarly and policy attention to religion in international affairs was still in its infancy,” as Judd Birdsall of the Cambridge Institute on Religion and International Studies at Clare College, Cambridge, noted in 2016.

The Wolf amendment to the IRFA was passed in the same week that the Islamic State (IS) claimed responsibility for a bombing at a Coptic Christian cathedral in Cairo, Egypt, that killed 24 people, and expanded its scope to include non-state actors such as Boko Haram and IS.

It is required to designate any countries that have “engaged in or tolerated systematic, ongoing and egregious violations of religious freedom” as “Countries of Particular Concern” (CPCs).

The USCIRF researches and monitors international religious freedom issues and is authorized to travel on fact-finding missions to other countries and hold public hearings.

It issues recommendations as to countries it believes should be designated as CPCs, in two tiers, depending on the level of violations of religious freedom.

Being designated a CPC has provided grounds for punitive actions in the past. In 2005, the Bush administration issued sanctions specific to religious freedom in response to Eritrea’s CPC designation. Two years ago, the Obama administration maintained an arms embargo on Burma.

Thomas Farr, an associate professor in the School of Foreign Service at Georgetown University in Washington, in a paper published last year referred to “a global crisis in religious freedom” with “catastrophic humanitarian dimensions.”

The solution, he suggested in “Religious Freedom and the Common Good,” has many elements, “but at its core must be the advancement of religious freedom. The United States has for almost twenty years had this as a goal of its foreign policy.”

Today, U.S. foreign policy is more institutionally attentive to religion than at any time in living memory.

On April 18, the USCIRF will be hosting a summit in Washington commemorating the 20th anniversary of the passage of the IRFA.

The summit will include a plenary to discuss the state of international religious freedom, followed by panels discussing strategies for achieving positive change for religious freedom and prisoners of conscience around the world. 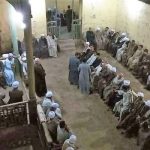 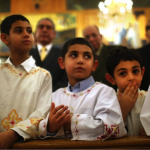 The Americanization of an Ancient FaithNews & Reports