Yazidis, a historically persecuted non-Muslim people in the Middle East, are yet again fleeing for their lives — this time from Turkey-backed jihadists invading Afrin in northern Syria.

Murad Ismael, executive director of Yazda, a relief organization for Yazidi victims of genocide, has alerted the world to the deadly threat posed by Turkish airstrikes many times on his social media accounts and on March 12 wrote on Twitter:

“We are evaluating what to do when the [whole] city falls, including an option to ask our people to leave the region altogether. We cannot have our people in Afrin under Al Nusra and other fundamentalists.”

Saad Babir, Yazda’s media director, said that since the beginning of the invasion, jihadists have attacked and captured several Yazidi villages as Turkish planes bombed the area including the Yazidi village of Ternda, which has been bombed by the Turkish military around 20 times.

There are 30 Yazidi villages located in Afrin and surrounding territories with a Yazidi population of around 20,000, Babir said in an exclusive interview with Haym Salomon Center.

The death toll has been heavy. “Many Yazidi civilians, including children, have been murdered,” Babir said.

Hundreds of Yazidis have already fled their villages, and they are in need of food and medicine, he added.

Babir also pointedly remarked that Turkey-backed jihadists have destroyed many Yazidi temples in Afrin and converted others into mosques.

Yazidis are an indigenous and oppressed minority in the region with their own unique culture. The Islamic State (ISIS) invasion of Sinjar, the homeland of the Yazidis in Iraq, in August 2014 finally brought this persecuted community to the attention of the world. Yazidis say they have been subjected to 72 genocidal massacres. The latest genocide, committed by ISIS in Iraq, is the 73rd.

News reports on German TV channels NDR and SWR in 2015 revealed that Yazidis were also sold through an office in the city of Gaziantep in Turkey, near the border with Syria.

On April 17, 2016, the Turkish newspaper Hürriyet reported that the Gaziantep police had raided the said office and found $370,000, many foreign (non-Turkish) passports, and 1,768 pages of Arabic receipts that demonstrate the transfer of millions of dollars between Turkey and Syria.

Six Syrians were brought to court for their involvement in crimes. All defendants were acquitted due to a “lack of evidence,” but the Gaziantep Bar Association, which had filed a criminal complaint about the perpetrators, was not even invited to attend the hearings.

Mahmut Toğrul, an MP of the opposition People’s Democratic Party (HDP), in a motion to Efkan Ala, Turkey’s then interior minister, asked questions about the office where ISIS members engaged in slavery and the sex trade. Ala provided no answers.

Toğrul has also been very critical of Turkey’s invasion of Afrin. On March 7, during a session at Turkey’s parliament, he criticized President Erdogan over his stated aim to carry out a demographic change in Afrin by sending Syrians in Turkey to Afrin. When Toğrul called this attempt by Erdogan an “ethnic cleansing,” MPs of the ruling Justice and Development Party (AKP) physically attacked him.

Toğrul later described the incident: “About 40 of them started coming towards us in a frenzy. They began punching me and my friends. I fell to the ground, and they continued to kick me. I was seriously beaten.”

The Turkish government — with the help of the jihadists — openly targets and violates civilians in Afrin and beats up an opposition MP who calls for non-violence in the region. 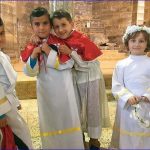 ‘N’ for Nazarene — the Remnants of Iraq’s Assyrian CommunitySelected Opinion 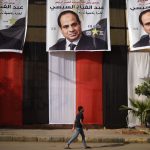