On March 8, Egyptian MP Alaa Abed accused seven prominent NGOs and human rights organizations of receiving funding from foreign intelligence agencies in exchange for publishing “fabricated” reports. Abed, a former police officer who leads the Human Rights Committee of the House of Representatives, made his accusations during a symposium on “foreign funding for the destruction of state institutions” on March 8. Egypt has continuously cracked down on the NGO community, most prominently through the notorious “Case 173,” in which a court convicted 43 American, Egyptian, and other staff members of five U.S. and German NGOs in 2013 on charges of operating illegally and using foreign funds to “foment unrest.” The appeals hearing for the case, the original trial of which was marred by flagrant inaccuracies and loose evidentiary standards, is set to resume on April 5. The investigative mandate behind Case 173 remains active, with several domestic Egyptian NGOs currently under legal scrutiny.

Meanwhile, the Egyptian parliament is considering a law that would impose restrictions on online media activity. The bill, introduced by accountant and MP Atef Nasser, would apply to “all online media activities affiliated with publishing houses, news agencies, press organizations, advertising and commercial businesses, and satellite audio-visual channels.” Nasser cited the spread of “fake news” as the reason for this law and said its purpose is to “impose a kind of discipline on online media activities.” Foreign media would be subject to these regulations. Reporters Without Borders calls the state of press freedom in Egypt “extremely worrying” and Freedom House considers press in Egypt “not free.” 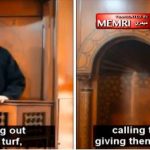 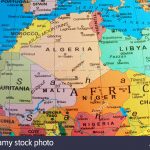 Sentencing of Pastor Adds to Uptick in Persecution in AlgeriaNews & Reports