PROTECT RELIGIOUS FREEDOM AND RELIGIOUS MINORITIES: We will advocate on behalf of religious freedom and threatened minorities. Religious minorities continue to be victims of violence. We will place a priority on protecting these groups and will continue working with regional partners to protect minority communities from attacks and to preserve their cultural heritage.

— N­ational Security Strategy of the United States of America, December 2017

Persecution, repression, and discrimination are a daily reality for members of religious minority communities in too many countries around the world.  Believers and non-believers alike are targeted for violence; their human rights are limited or sometimes entirely restricted.  In response, the United States is advocating for the rights of members of religious minority communities, so that they may fully enjoy religious freedom and other related human rights.

The National Security Strategy, released in December 2017, emphasized the importance of this effort.  The U.S. government is working bilaterally, and in concert with our friends and allies, to push back against persecution targeting religious minorities, to fight against discrimination, and to promote religious freedom for all.  The State Department has undertaken numerous efforts to prevent persecution and to foster space for diversity of thought and belief. Recently, Secretary Tillerson demonstrated U.S. concern about global persecution by re-designating 10 countries as “countries of particular concern” for their particularly severe violations of religious freedom, and for the first time the Secretary named Pakistan to a Special Watch List.  Specific to my area of focus in the Middle East, we achieved bipartisan agreement that ISIS atrocities against Yazidis, Christians, and Shia Muslims constitute genocide.  The United States is bringing new resources online to assist religious minorities in Iraq, to help preserve their presence in their ancestral homelands.

Since I began this work in 2015 as the first Special Advisor for Religious Minorities at the State Department, we have provided strategic guidance to our embassies and consulates about how to consistently advocate for rights of members of minorities and promote their equal treatment in society.  Recognizing the importance of preserving cultural heritage, we have developed a partnership with the Smithsonian Institution to train church and other leaders of minority faith communities on how to protect ancient places of cultural significance. We have strengthened international efforts to advance religious freedom by partnering with Canada to lead the International Contact Group for Freedom of Religion or Belief, a network of likeminded countries committed to advocate for this right, as well as supported efforts to build similar parliamentary networks.  We have worked with the Organization of American States to recruit countries in our hemisphere to join these efforts to combat persecution in other regions.  And I have personally traveled to more than 25 countries, including Iraq four times and Pakistan twice, to raise concerns directly and to meet with allies on how to coordinate efforts.

And yet challenges continue to emerge against religious diversity.  Groups like ISIS and al-Qa’ida continue to commit targeted acts of violence around the world, while authoritarian regimes like North Korea continue their daily practices of egregious repression.  In response, we must stay committed to emphasizing the universal importance of this fundamental freedom.  Based on my almost 20 years of experience in this field, we can achieve lasting results by building and protecting environments where everyone can enjoy freedom of religion or belief.  We will continue to raise concerns when communities are targeted, while protecting this human right for all.  Our efforts will be specific in advocacy and holistic in approach.

The specific/holistic approach of U.S. diplomacy is based upon the International Religious Freedom Act. A groundbreaking piece of bipartisan legislation passed 20 years ago, the Act made the promotion and protection of religious freedom a foreign policy priority for the United States.  The Act created the position of Ambassador-at-Large and required the Department of State to annually report on religious freedom globally.

In the context of advocating for religious freedom around the world, these reports highlight specific situations concerning members of religious minorities: the jailing of Christian pastors and Baha’is in Iran;  the targeting of Baha’is for mistreatment in Yemen by Houthi authorities; the imprisonment of non-Muslims and Muslims alike on charges of “denigrating religion” in Egypt; the prosecution of members of minority groups and the Ahmadis for blasphemy in Pakistan; limitations on the right to freedom of religion or belief in Saudi Arabia, Sudan, and Eritrea; anti-Semitic incidents continuing to arise globally; Turkmenistan and Tajikistan maintaining incredibly tight controls on the free practice of religion; the Chinese government’s ongoing campaign to control religious beliefs and activities, in part, by torturing, detaining, and imprisoning thousands religious practitioners; and Muslim communities, including the Rohingya, in Burma facing violence, discrimination, and anti-Muslim sentiment.

The reports have also highlighted a growing trend of terrorists persistently attacking members of religious minority groups.  For instance, ISIS affiliates in Pakistan have attacked churches and Christian gatherings, and extremists there have targeted Hindus for forced conversion.  In Iraq, ISIS has launched attacks on Yezidis, Christians, Turkmen, Shabak and Kakai, and sexually enslaved and abused Yezidis in particular.  ISIS has targeted Shia Muslims in both Syria and Iraq.  Elsewhere, ISIS recently claimed responsibility for attacking a Shia cultural center in Kabul.  ISIS strikes out at Sunnis brave enough to denounce its violent and intolerant ideology — including religious leaders.  In addition, terrorists have repeatedly attacked members of two seemingly unrelated minority groups— converts and atheists — for their personal decision to choose a different belief system.

There is much work to do.  Protecting religious freedom and religious minorities is an American ideal.  As we celebrated President’s Day this week, we are challenged by the example set by our founders.  President George Washington wrote in August 1790 to the Jewish community in Newport, Rhode Island to emphasize that they should not fear persecution as a religious minority in the new United States of America.  He declared that, “All possess alike liberty of conscience and immunities of citizenship…for, happily, the Government of the United States gives to bigotry no sanction, to persecution no assistance.”  President Washington set a high bar, and so inspired by his example and these ideals, our foreign policy will continue to endeavor to protect religious freedom and religious minorities.

About the Author: Knox Thames serves as the Special Advisor for Religious Minorities in the Near East and South / Central Asia in the Bureau of Democracy, Human Rights, and Labor at the U.S. Department of State. 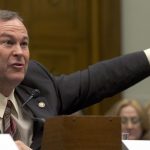 An American member of Congress: We will not allow the funding of human rights organizations which distorts Egypt’s (image)News & Reports 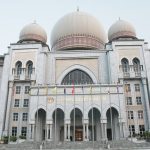