The recent short shutdown of the US Federal government was attributed to irreconcilable differences about “Dreamers”, or children of undocumented immigrants. But that was really the smoke behind which lies a great and dangerous fire. A significant portion of the American Republican party now feels emboldened to overturn the Hart-Celler act of 1965 and in effect return to the immigration policies promulgated by the emergency quota act of 1921. It serves no purpose to be coy about the reasons behind this desire. One part is fear of the “browning” of America, another part is fear of Muslim immigrants who seem to carry different, and perhaps hostile, attitudes toward diversity in America. But there is another unintended consequence which will result from any change in the landmark act of 1965.

Given the rigor of American constitutional law and the manner in which it is interpreted by almost all legal authorities, the return to the 1921 act will have devastating effect on the prospects of Christian immigrants from the volatile Middle East. No religious test on immigration will pass muster. Any attempt to limit it based on threat to people will also not work in a meaningful way. In short, the GOP desire to overturn the Hart-Celler act will be the most damaging blow to the prospects of Eastern Christians in the last decades. Whatever the reasons behind the desire of GOP members to overturn the act, the practical result will be profoundly anti-Christian.

The 1965 law increased quotas from many non-White countries. One of the primary beneficiaries of that change have been Christians of the Middle East, foremost amongst them are the Copts of Egypt. It has been said that Copts have traditionally been averse to immigration. In fact, as soon as the possibility of immigration opened up they undertook it with considerable zeal. They had been living for centuries as second class citizens in their own land, but equality in a strange land beckoned and became attractive indeed. It also true that the Christians of Iraq, forced to face the disastrous effects of Saddam’s adventures and the subsequent American invasion of the country, found escape and survival in immigration. But beyond the 1965 act there were two additional changes; the “diversity” lottery act of 1990 and the relaxed administrative rules toward reuniting of families, what many GOP politicians derisively call “chain immigration”. This enabled many poorer Christians who would not qualify on the merits of their educational and economical power to immigrate, and subsequently bring in additional family members. This provides a significant avenue for many.

The policies that some GOP politicians have attacked have benefited the beleaguered Christians of the East. The new immigrants provide a vital link to those at home and their efforts, both personal and organizational, also lend much needed help to their brethren suffering persecution. These efforts exceed any other governmental or NGO help to them. A significant change to the current US laws on immigration will dry these sources of assistance and may prove quietly devastating to those still in the old homelands.

Recently Vice President Mike Pence ambled to the Middle East to embrace Israel and declare to the Christians there that “help is on the way”. He could lend further and perhaps greater assistance at home by becoming a voice of reason in the current debate on immigration. As politicians and legislators debate changes they need to heed Deuteronomy 10:19 “Love ye therefore the stranger: for ye were strangers in the Land of Egypt”

The Immigration Debate and Dangers for Eastern Christians 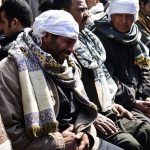 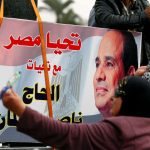