UN 10th session of the Forum on Minority Issues

Researcher and rights activist, Mina Thabet, is the director for minorities and marginalized groups at the Egyptian Commission for Rights and Freedom (ECRF). He was invited as a youth representative to give a presentation as a participant in the United Nation’s 10 Session of the forum on Minority Issues. You can watch his speech below.

Thabet was previously charged with joining a terrorist organization, inciting protests, attacking police stations, and possession of publications of calling for the overthrow of the government due to his human rights efforts. He was arrested during the middle of the night on May 19, 2016, when police entered his home without a warrant.

He was held in pre-trial detention for a month. According to Mada Masr, Thabet went to a hearing on crutches due to the inhumane conditions of his detainment, and said, “I can’t stand up anymore. I am not going to ask you to release me for my future, but I am asking you to make arrangements just so my brother can help me go to the bathroom.”

Thabet was released on LE10,000 bail after a court ordered his release. He left Egypt to continue his work and further his education.

My Speech 10th session of the Forum on Minorities Issues

My Speech during the 10th session of the Forum on Minorities Issues 30/11/ 2017. #UNMinoritiesForum. 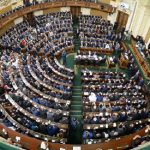 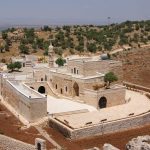