“We said nothing when one church was closed, so it got worse and a second, then a third were closed, and a fourth is on its way as if praying is a crime for which Copts are punished,” said a statement issued by the Diocese of Minya in Upper Egypt.

The statement listed the names of the four churches, two of which were closed after being attacked by extremist Islamists, the third closed in anticipation of an attack that never materialized, and the fourth was besieged by security forces following an attack and is expected to be closed. “We are concerned that extremists will be able to impose their will on state institutions,” the statement added, calling upon the governor and security entities to interfere.

The statement issued by the governor of Minya in response gives, however, a totally different picture. According to the statement, the buildings that were attacked were houses in which prayers were performed without a license. “Two houses were attacked. Security forces arrested 15 suspects in the first and 11 in the second,” said the statement. “As for the other places, they were also houses owned by Copts but were not attacked at all.” The statement added that the governorates responds to all requests for the construction of churches and makes sure that their number is proportional to population increase. 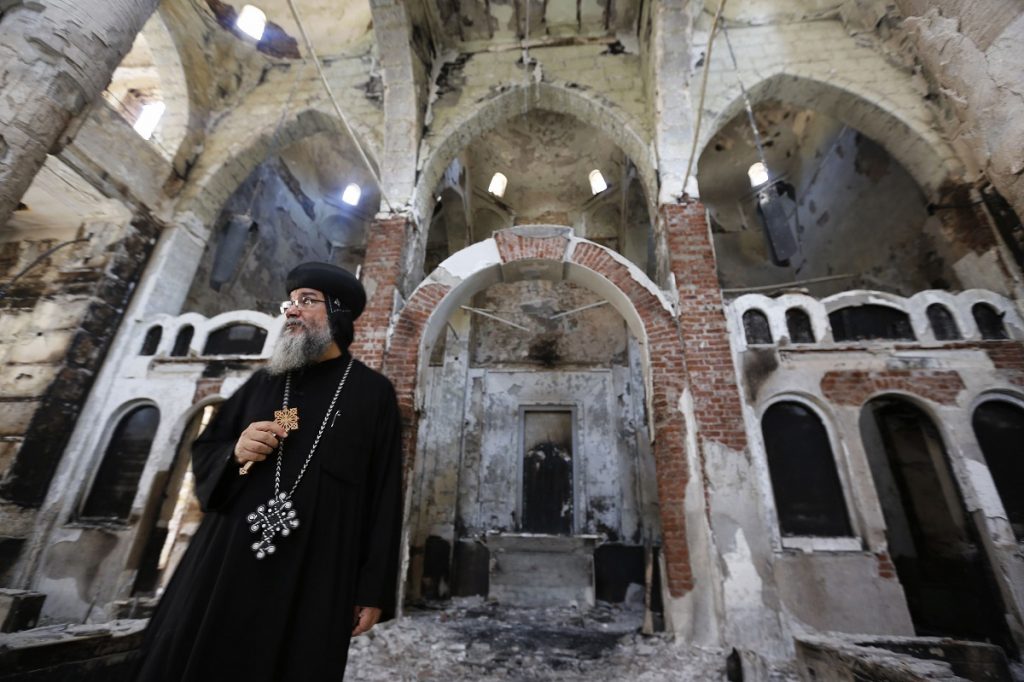 “In fact, Minya governorate has the biggest number of churches, monasteries, and Coptic community service centers,” added the statement, which also called upon the diocese to verify the information it has.
Bishop-General Macarius, a Coptic Orthodox leader, walks around the burnt and damaged Evangelical Church in Minya governorate, about 245 km (152 miles) south of Cairo, August 26, 2013. (Reuters)

Bishop of Minya Makarios said he would not comment on the governor’s statement. The dispute about whether the targeted buildings were actual churches or houses used for prayers started a debate over the legal status of churches and the long-overlooked licensing ordeal.

The “war of statements,” as journalist Mohamed Youssef puts it, signals the beginning of a rift between state and church officials. “The governor’s statement angered a lot of Coptic activists who called upon President Sisi to personally intervene through forming a neutral committee to look into the crisis in Minya,” he wrote. “Many of those activists believe that the new law on the construction of churches has not so far solved any of the problems pertaining to the legal status of churches.”

It is noteworthy, Youssef added, that neither Pope Tawadros nor the Coptic Orthodox Church have issued any statement on the matter while Bishop Makarios is the only one in charge. “The Pope has most likely assigned Bishop Makarios the task of speaking in behalf of the Copts of Minya and putting pressure on the governorate to reopen the churches and legalize their status,” he said. “The Pope does not want the matter to be escalated to a dispute between the church and the regime so he preferred to deal with it on a more local level.”

Journalist Girgis Bishry, who criticized the governor’s statement, argued that the absence of licenses was just a pretext used by the governorate to close the churches and that the whole situation was not dealt with in accordance with the law. “The governor resorted to reconciliation sessions between the assailants and the victims in order to solve the problem, which basically means that the perpetrators get away with what they did,” he wrote.

Bishry noted that Minya is the most affected by sectarian violence among Egypt’s governorates, with more than 64 churches burnt following the dispersal of the Islamist sit-in staged in protest of toppling the Muslim Brotherhood and attacks targeting churches and Copts still taking places. “This means that Minya is a hotbed of extremists and there is a possibility that the governorate itself is infiltrated by Muslim Brotherhood supporters who intentionally turn a blind eye to such violations,” he added. “If this is not stopped, we might wake up one day to find Minya an Islamic state.” 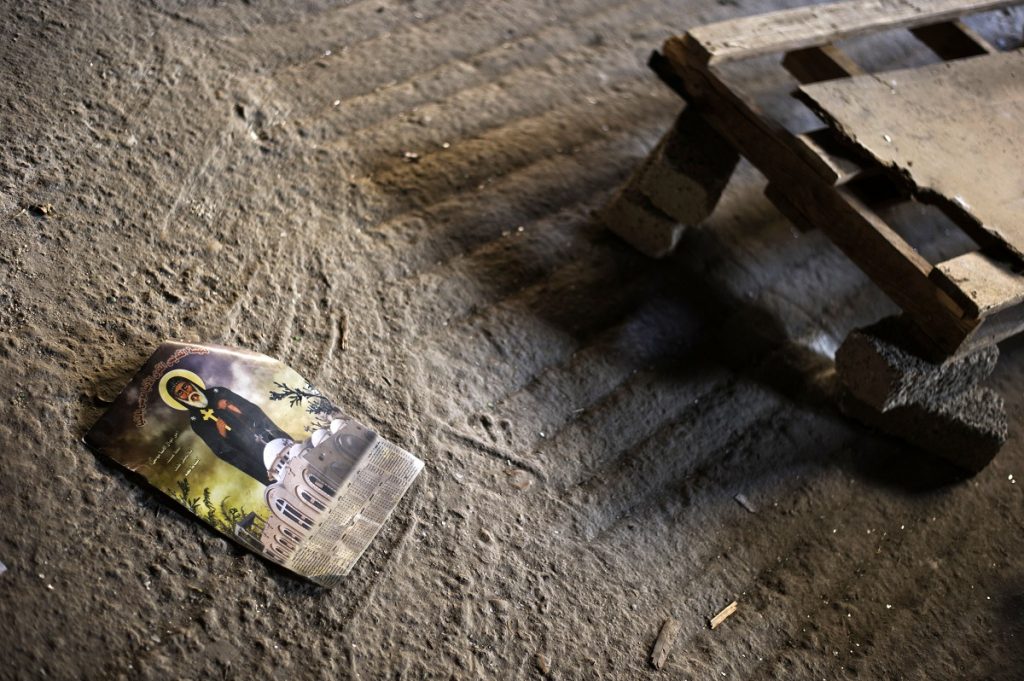 A religious picture remains on the ground on August 27, 2013 in the central Egyptian city of Minya inside Amba Moussa Coptic church that was vandalized and torched by unknown assailants earlier this month. Egypt’s Christians are living in fear after a string of attacks against churches, schools and shops, said to be targeted by supporters of deposed Islamist president Mohamed Morsi. AFP PHOTO/GIANLUIGI GUERCIA / AFP PHOTO / GIANLUIGI GUERCIA

MP and political analyst Emad Gad explained that the law on the construction of churches, issued in 2016, is divided into two parts: the first is issuing licenses for new churches and the second is legalizing the status of already-existing churches. “Almost half Coptic Orthodox churches are not officially licensed,” he wrote. “Some churches had all the documents completed before starting construction and got permission for construction, but the Security Bureau never gave the actual license so that church remained technically without papers.

Other churches were built without any documents to start with because of the many obstacles security entities placed in their way and these became a matter of fact.” Gad added that the Coptic Orthodox Church submitted a list of unlicensed churches so that they can be legalized, but instead of starting the process of issuing licenses, local authorities started closing them because they are not licensed. “Those authorities totally overlook the fact that such actions are bound to increase sectarian tension as Copts would once again fell deprived of their citizenship rights, on top of which is the right to practice their faith.”

A report by Girgis Safwat, Teresa Shenouda, and Ali Hussein quotes sources from the Coptic Orthodox Church as saying that the Diocese of Minya sent to the special committee established by the cabinet the document for 50 houses that turned into churches so that their status can be legalized. “Those were originally small houses that parishioners started using over the years for prayers with unofficial security approval so they gradually acquired the status of churches,” the sources said. “Ownership documents were submitted to the committee so that licenses can be issued and the houses can acquire the official status of churches.”

Meanwhile, lawyer and head of the Egyptian Center for Developmental Studies and Human Rights Joseph Malak sent official warnings to the Egyptian prime minister and ministers of interior, parliamentary affairs, and local development to demand stopping the closure of churches and the re-opening of any closed churches.

Sonia Farid, Ph.D., is an Assistant Professor of English Literature at Cairo University. She is a translator, editor, and political activist. Her social work focuses on political awareness and women’s rights and her writing interests include society, politics, and security in Egypt. She took part in a number of local and international conferences and published several academic papers. She can be reached at soniafarid@gmail.com
________________
Photo Credit: A Coptic Christian priest blesses his congregation with holy water during Sunday service in the Virgin Mary Church at Samalout Diocese in Al-Our village, in Minya governorate, south of Cairo. (Reuters) 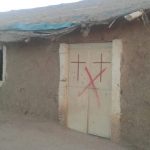 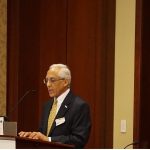