Coptic Solidarity mourns the death of Dr. Khairy Malek, one of its Founding Members, who passed away on Sept 16 amid his family in Cairo. He will be remembered for his steadfast, generosity and commitment to defend the Copts.

Dr. Malek was associated with Dr Shawky Karas in establishing the “American Coptic Association” in 1972 to defend the Copts’ rights in Egypt. He remained as a member of its board until he created the “Coptic American Friendship Association” in 1994. 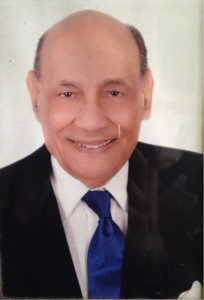 The following obituary was kindly provided to us by Dr. Malek’s family:

Dr. Khairy Malek spent his early years of education in Upper Egypt, Sohag and Kena. After graduating from the faculty of Pharmacy, he opened a pharmacy at Al-Saff simple area helping and serving others. During his bringing up, he was very close to his parents and brothers and sisters and had a unique special bond with his mum which he cherished deeply and so much cared for.

After some time, God prepared a new chapter in his life by deciding to immigrate to the States where he held different career jobs that he excelled at. Despite that, he was still close to his family and always
encouraged them for education, searching for better opportunities and for growth. He used to always invite them to come visit and see the new land during which he pampered them all and never allowed them to
pay for anything as a way of showing his love as he felt responsible for each one. Also, he cared so much for the poor and needy and never held money dearly.

He served at the Church at its board and always had his home open to all priests and bishops on travel. Lots of meetings and gatherings were always made possible at his warm, loving home. He was loved and
dear to lots of Bishops in Egypt and at the States. To achieve the purpose of combining medicine with pharmacy, he returned to Cairo and joined the faculty of Medicine, then back to the States. He served for more than 25 years at the FDA institution reaching higher positions with full dedication and honesty at everything he does.

He created a custom of visiting his family yearly in the past 9 years where he spent Christmas with them and always had them coming and going in Summer for visits. Despite his illness in the last couple of years, he always held his beautiful comforting smile, golden heart and pure love to everyone. He always defended His faith and Church and would do his very best to remove any conflict between anyone there and support it by all means.

He had a kind of special love between him and Virgin Mary. He was blessed to see her many times during her transfiguration many times in different places among the years in Cairo. He even mentioned he saw her smile and teeth beautifully at her Church in Zeitoun, Cairo in 1968 and later in Assiut.

Despite the load and tiresome of the travel to Cairo and his illness, he insisted on seeing his family and attending the wedding of his sister’s granddaughter whom he loved dearly and she as well. She won’t have the wedding without his presence and thus he came. It was God’s perfect plan for him being surrounded by all his family members. It was a sort of a total family reunion that did not happen in 11 years.
Before his last visit to Cairo he insisted on going there saying “even if God wants me back to Him, I want to be with family” and God granted him his wish. He went to Heaven peacefully on the early morning of Saturday September 17th., 2017 among his family members whom each one deeply loved him and had a special relation with. He was a father, grandfather, brother, mentor, one of a kind and will always be forever loved and forever missed.

He is truly as the verse goes “Blessed are the pure in heart, For they shall see God.” (Matthew 5:8) 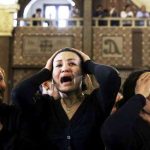 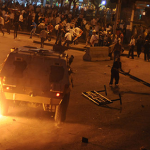