When President Donald Trump won the US presidential election late last year, Egyptian media coverage praising his stunning rise to power suggested that Egypt was embarking on a new era of much improved relations with its long-time ally. Trump and his Egypt counterpart Abdel-Fattah El-Sisi exchanged words of praise on many occasions, and the media in the North African country, which heavily relies on support from the United States, prematurely rejoiced at what it deemed the end of the Democrats’ “antagonistic policy” towards Egypt under President Barack Obama. But Egypt was stung earlier in August when the US decided to deny it almost $100 million in aid and withhold another $195 million pending improvement in the country’s human rights record.

The US decision indicates that a possible major shift from Obama’s policy is not on the horizon, and should give pause to those who assumed that Trump and Sisi’s personal relations would be the sole definer of US policy.

Trump’s predecessor made a similar move in 2013 following the Egyptian army’s crackdown on the Muslim Brotherhood in the wake of the ousting of Islamist president Mohamed Morsi, suspending the delivery of F-16s, missiles and tanks as well as hundreds of millions of dollars in cash.

“Egypt regrets the decision of the United States of America to reduce some of the funds allocated under the US assistance program to Egypt, whether by directly reducing some components of the Economic Support Fund, or withholding the disbursement of some components of the Military Assistance Program,” the Egyptian foreign ministry said in a statement. In criticism of the policy, the Ministry’s statement added that it was “a misjudgment of the nature of the strategic relations… and reflects the lack of understanding of the importance of supporting the stability and success of Egypt. It also underestimates the size and nature of the economic and security challenges facing the Egyptian people….”

The Ministry reminding the United States of Egypt’s importance and challenges may be misreading the situation. The policy change suggests the United States’ priorities are changing, and that it feels that it can achieve its goals, particularly its security goals, without providing the assistance funds.

Seeing the cordial relationship between Trump and Sisi as promising improved relations ignores that Egypt, though battling an Islamist insurgency in North Sinai, has also drawn heavy criticism from human rights groups for using the fight against militants as a pretext to quash dissent.

Amr Kotb, advocacy director at the Tahrir Institute for Middle East policy, told the Atlantic Council that Sisi’s expectations of a major change of the United States’ policy towards Egypt under Trump were far too high.

“The moral of the story here is that just because Trump is not Obama and says nice things, does not mean that you will get all your heart’s desire. The United States is a country of institutions, Trump is still beholden to Congress, which holds the power of the purse (appropriations) and powerful voices are not happy,” Kotb added

During a Senate foreign aid hearing in April, a bipartisan panel of experts on Egypt-United States relations suggested that the United States should review its aid to Egypt.

“We need to reshape the relationship in a way that’s sustainable. What I see is disheartening … and as to the taxpayer dollars we have, I think we’re obligated to spend them wisely, consistent with our values,” panel Chairman Lindsey Graham, a Republican Senator, said at the end of the hearing.

Sisi was the first foreign leader to congratulate Trump on his rise to power in November last year, saying he looked forward to a new era of “closer ties” with Washington.

Trump was also full of praise of the former military strongman, saying he had “done a tremendous job under trying circumstance” and vowing to support him in his fight against Islamist militants, who carry out frequent attacks in North Sinai and sporadic attacks in the mainland, mainly targeting security forces and Copts.

But Trump’s effusive acclaim of Sisi did not really reflect a drastic change in policy, with US lawmakers voicing concerns over a number of issues including Egypt’s human rights record and a controversial non-governmental organizations law issued in March that made it harder for charities to operate. The US State Department’s spokesperson, Heather Nauert, also said in a press briefing that the decision to cut aid was solely due to concerns over Egypt’s lack of progress in democracy and human rights.

“Sisi may have mistaken Trump’s cordiality for following through on his five major asks of the Trump administration,” explains Kotb, the five asks being:

“Trump has granted zero of these requests and followed up with a series of contradictory decisions,” Says Kotb. Under Trump, the United States has largely maintained and even strengthened military relations with Egypt by restoring the joint Egypt-US military training exercise “Bright Star” and continuing to give $1.3 billion in military aid. Although Trump has not visited Egypt, he received Sisi in White House. Continuing military support is important for the United States’ efforts to combat terrorism by supporting Egypt’s efforts to combat the Islamic State in the Sinai Peninsula. However, the United States also reduced the Economic Support Funds, did not designate the Muslim Brotherhood as a terrorist organization, and maintained Obama administration’s decisions to limit FMF to four categories and end cash flow financing.

Ammar Ali Hassan, a Cairo-based political scientist, says Egypt is paying the price for dealing with the United States as if it is a “third world country” where a head of state usually holds all the cards.

Given the number of crises in the region, the United States may be choosing to focus its energies elsewhere.

“The US does not do favours, the US always wants something in return and Egypt’s regional role is not as strong as it used to be. Egypt is now not a very influential player in regional crises such as the Palestinian-Israeli conflict and the wars in Yemen and Syria,” he added.

Egypt might have voiced concerns over the US decision to cut aid but it is unlikely to take any measures that would taint an otherwise strong partnership between both countries.

Sisi and Egypt’s Foreign Minister Sameh Shoukry met US presidential adviser Jared Kushner, Trump’s son-in-law, a day after Reuters published news on the decision to cut aid, but that issue was not mentioned in the Egyptian Foreign Ministry’s statement after the meeting.

Egypt remains a key partner for the US in the tumultuous Middle East because of its control of the strategic Suez Canal and its border with Israel. It receives $1.3 billion in annual military aid from the US.

“I can see the Egyptian government meeting with some of its other international partners to secure other assistance deals but I see this more as a symbolic gesture to the US than anything else. At the end of the day, the weaponry the United States provides is unparalleled,” Kotb said.

“It is smart for Egypt to diversify its aid providers but they know this to be true. The Egyptian government will thus try to balance between meeting the US halfway on its human rights concerns… and seeking alternate channels of assistance.

“It will voice reservations but I doubt they will be much more critical in nature than what the foreign ministry issued in its official statement.” 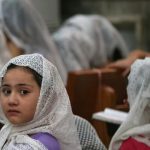 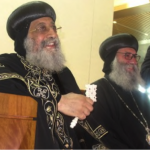