Amid the many challenges bedeviling the State Department, President Donald Trump’s choice of Kansas Governor Sam Brownback as ambassador at large for international religious freedom is a welcome development. For over two decades, Brownback has been a principled and authoritative voice on the issue, going back to his time as a member of Congress. I was one of the congressional staff authors of the International Religious Freedom Act of 1998, the law that created the ambassador position, and recall well how helpful then-Senator Brownback was to our lead sponsors, Senators Don Nickles and Joe Lieberman, in passing the law.

Given the growing problem of the many unfilled senior positions at the State Department, Secretary of State Rex Tillerson and the Trump administration also deserve credit for the relatively expeditious pace at which they chose Brownback, just six months after the inauguration. In comparison, the George W. Bush administration did not nominate its first international religious freedom ambassador until November of 2001, and the Obama administration waited almost a year and a half to fill the position.

As I have written previously, the most important prerequisite for the position is foreign policy expertise. Every administration faces the temptation to treat the international religious freedom ambassadorship as a religious patronage position by appointing a religious leader from among the ranks of the president’s political supporters. Yet the position entails senior policymaking and diplomacy responsibilities, and is best served by a leader who can both negotiate effectively with foreign governments and be a sophisticated advocate within the State Department for the integration of religious freedom into overall American policy. During his time in Congress, Brownback traveled extensively and gained considerable foreign policy experience that will serve him well in his new job.

Brownback also brings a unique qualification to the role: Pending Senate confirmation, he will be the first person in the job to have previously held elective office. This background, and the extensive political network he has built over the years, will equip him to cultivate support for the office on Capitol Hill and with the broader public. However, Brownback’s most important relationship will be with Tillerson, and he would be wise to build close and trusted ties with his new boss.

Brownback’s nomination comes at perilous time for many religious believers overseas. Religious minorities in the Middle East, especially Christians, are under almost unprecedented pressure and nearing extinction in some places. China’s growing repression of dissident voices includes Tibetan Buddhists, Uighur Muslims, and independent Catholics and Protestants. Putin’s authoritarianism in Russia has been accompanied by the targeting of many religious minorities. The power and prestige of American statecraft cannot eliminate this persecution, but when wielded effectively it can make a meaningful difference for the better.

Will Inboden is Executive Director of the William P. Clements, Jr. Center for History, Strategy, and Statecraft at the University of Texas-Austin. He also serves as Associate Professor at the LBJ School of Public Affairs and Distinguished Scholar at the Robert S. Strauss Center for International Security and Law.

Trump Made the Right Call on Religious Freedom 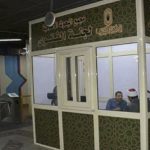 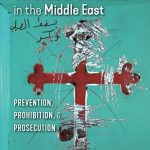