After a long day at work, a hard working Egyptian woman rushed to the underground metro station, her mind running through the numerous household chores awaiting her at home. The metro was, for her as for countless Cairenes, the blessing which despite rush-hour crowdedness bypassed all the hassle and pollution of above-ground traffic. But once there, she was dismayed to hear an announcement that there would be a 10-minute interval before the next train arrives. Disheartened by the unexpected delay, she automatically went through an unwilling rescheduling of her tasks as her eyes aimlessly scanned the station. This alerted her to a sight she had never caught before: a kiosk over which hung the sign “Fatwa committees at the service of citizens – Islamic Research Academy”; fatwa is an Islamic legal opinion, and many Muslims seek it in predicaments they encounter in daily life. After her initial surprise at such a kiosk existing in, of all places, the metro station, she decided to use her inevitable wait by heading to the kiosk and asking for Islam’s opinion on a private matter that preoccupied her and about which she had long planned to ask the local imam. But now with the handy kiosk at her disposal, she decided to opt for a ready-made fast-fatwa to save her time and effort. She headed to the kiosk, asked her question of the man sitting there, obtained an answer, and resumed her journey home. She lost no time in telling her family and neighbours that the State has provided a ready-made fast-fatwa service for commuters. Upon which her young son asked the obvious question: “Are there similar kiosks to serve Christian commuters?” to which the mother replied that she had not seen any but, “who knows?” she said, “maybe metro officials are planning to provide a parallel service for Christians”.

The above scenario came to mind as I contemplated the fatwa kiosks recently set up in metro stations. The kiosks are run by no other than the prestigious Islamic Research Academy affiliated to the Islamic World’s topmost religious authority, al-Azhar, the Cairo-based mosque and university that goes back to the 10th century.

I hope no one would be misled into believing that I am promoting equality among Egyptian Muslims and Christians in this absurdity; quite the contrary, I see it as a huge catastrophe that could trigger conflict and strife and sow unprecedented sedition among Egyptians. But before I go on, let me quote here a letter I received from lawyer Hany Sabry from al-Fashn, Beni Sweif:
“The decision to set up fatwa kiosks in metro stations is no way to offer the reformed religious address we so direly need; it is but an impediment to the smooth operation of a public facility. There are legal regulations that govern public facilities to ensure they efficiently provide the public service they were intended to in the first place, guaranteeing systematic functioning and regular, uninterrupted services to beneficiaries. Admittedly, equality among these beneficiaries must be respected; the public facility may in no way discriminate among them on account of religion, gender, or colour, as stipulated by Egypt’s 2014 Constitution.
Implanting fatwa kiosks inside metro stations constitutes a flagrant violation of the Constitution and the law, and represents a form of disgraceful religious-based discrimination. It is an offence against the civil State in a public facility that serves all Egyptians. It threatens to create a discriminatory climate that could trigger conflict among Egyptians, and it impedes the smooth functioning of a public facility initially established to transport citizens not to preach to them. Fanatics or extremists stand to exploit the kiosks as models they would seek to replicate in work places and other public facilities to impose religious custody over people’s minds, reviving thus the [Islamist] Commission for Promotion of Virtue and Prevention of Vice.

We are not against the issuance of fatwa according to the law that organises the process: Law 70 / 2017 and its executive bylaws. This could be applied in any of Egypt’s mosques, the number of which the Ministry of Endowments places at some 115,000 nationwide. But to issue fatwa in kiosks inside metro stations violates the Constitution and the law, and sends shock waves through our citizenship concepts. The Minister of Transport and the Head of the Underground Metro Authority should never have endorsed such a decision.”

Thus ends Mr Sabry’s letter. My comments on the issue:

• No matter how good the intentions behind the initiative to implant fatwa kiosks in metro stations, the real catastrophe lies in the persistence of al-Azhar to overlook that Egypt is a civil State. It is a civil State tenet that all religious matters should be relegated to places of worship and institutions affiliated to them, and ought never to invade public facilities that cater to all, since this would be tantamount to placing intellects under the custody of religion and waiving the Constitution and the law. It is the responsibility of civil administration apparatuses to never succumb to that.

• Al-Azhar has been visibly persistent on ignoring all calls to religious reform which implies revising, sifting, and reforming the institution’s thought, reference sources, books, curricula and print material. Al-Azhar scholars insist that everything questionable in Islamic teaching comes from outside not from inside al-Azhar. This is quite disturbing since it overlooks all evidence that the roots of extremism originate from inside the institution itself, and must be tackled from there.

• Haven’t we learnt the lesson that it is impossible to control fatwas issued by each and every so-called Islamic scholar? How can we ensure that all those who pronounce fatwa are disinterested, of unimpeachable integrity, and rely on unquestionable sources? How can we even make sure that the recipients of the fatwa would not misquote or misrepresent it? There have been repeated calls for al-Azhar to assume a religious enlightenment role and publish a book—no matter how big—that would include all sharia and fatwa related matters. This would cut the road before the thousands who mislead the public by assuming the role of issuing fatwa no matter how unqualified they are to do so. It would offer all Muslims a safe, reliable reference to Islamic teachings. But sadly, matters were left to get out of hand, with incessant verbal battles erupting between Muslim scholars and intellectuals about what constitutes true Islamic teachings and sharia. These often end up with the different parties accusing one other of disdain of religion, all because someone dared volunteer an opinion about what needed to be done.

I hope the civil State realises the scale of peril the fatwa kiosks represent; I hope they do something before it is too late. 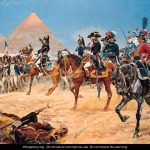 The Birth of the Modern Middle EastSelected Opinion 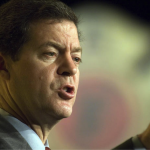 Trump Made the Right Call on Religious FreedomSelected Opinion