“President al-Sisi’s decision to ratify the draconian legislation passed through Parliament last November that regulates the work of nongovernmental organizations is the latest sign of a growing crackdown on human rights and peaceful dissent in Egypt. The law effectively bans the work of human rights groups and makes it harder for charities to operate at a time when Egyptian citizens are more in need of their services than ever before. It also violates Egypt’s stated commitment to protecting constitutionally guaranteed rights including freedom of assembly and association.

“We have repeatedly raised this issue with the Government of Egypt and asked them to resolve Case No. 173 and adopt a law that would enable Egyptian and international NGOs to operate without severe restrictions in the country. This legislation further impedes any resolution to this case and makes clear the government’s intent to eradicate civil society.

“We urge President al-Sisi to amend the law to bring it in line with international human rights standards and Egypt’s Constitution. The Egyptian people fought hard for a more prosperous and democratic future. President al-Sisi should honor their fight for freedom and enshrine basic human rights into law, rather than stripping them away as this law does. As we have stated previously, with this law in place, Congress should strengthen democratic benchmarks and human rights conditions on U.S. assistance for Egypt.” 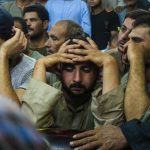 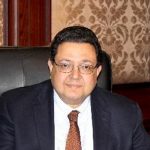 This time condolences are not enoughSelected Opinion