In a statement, talking up the fight against terrorism and avoiding his campaign rhetoric on Islam, President Trump on Friday wished Muslims a “joyful Ramadan”

Trump targeted recent terror attacks in England and Egypt, calling them “acts of depravity that are directly contrary to the spirit of Ramadan.”

“Such acts only steel our resolve to defeat terrorists and their perverted ideology,” he said.

Trump mentioned his recent trip to Saudi Arabia, during which he decried terrorism but avoided controversial terms like “radical Islamic terror.” Trump frequently argued during his campaign that politicians can’t be afraid to use that term.

“I reiterate my message delivered in Riyadh: America will always stand with our partners against terrorism and the ideology that fuels it,” Trump said Friday.

“During this month of Ramadan, let us be resolved to spare no measure so that we may ensure that future generations will be free of this scourge and able to worship and commune in peace.”

The message is a departure from the more aggressive rhetoric Trump used on the trail. In March, he specifically said that “Islam hates us” and that it is “hard to separate” the religion from terrorists who claim to derive their actions from Islam.

“Ramadan is a month of reverence, generosity, and self-reflection. Most importantly, it is a cherished time for family and friends to gather and give charity to those who are less fortunate,” he wrote. “This time reminds us all of the common values of harmony and empathy we hold dear.” 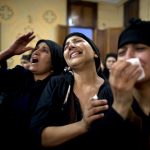 UPDATE : Gunmen in Egypt Force Coptic Christian Pilgrims From Buses and Kill 28. How it happened?News & Reports 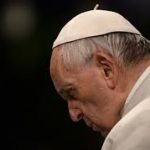