Pope Francis denounced a bloody attack on Coptic Christians in Egypt today as “barbaric” and urged the country to join in reconciliation, the Vatican said.

In a message to Egyptian President Abdel Fattah al-Sisi, the Holy See said Francis was “deeply saddened to learn of the barbaric attack in central Egypt and of the tragic loss of life and injury caused by this senseless act of hatred.”

“Pope Francis expresses his heartfelt solidarity with all those affected by this violent outrage,” said the message, sent in the pontiff’s name by the Vatican’s No 2, Cardinal Pietro Parolin.

“His Holiness commends the souls of the deceased to the mercy of the Almighty. He assures their grieving families and all who have been injured of his ardent prayers, and he pledges his continued intercession for peace and reconciliation throughout the nation.”

Masked gunmen in pickup trucks attacked a bus carrying Coptic Christians on a visit to a monastery south of Cairo, killing at least 28 people including children, officials said.

Francis made a historic visit to Egypt last month in support of the embattled Coptic minority and to plead for tolerance and dialogue.

The spiritual leader of the world’s almost 1.3 billion Catholics also became the first pope to visit the headquarters of the grand imam of Al-Azhar, Ahmed al-Tayeb, one of the Muslim world’s leading religious authorities. 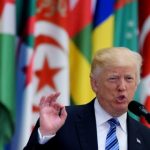 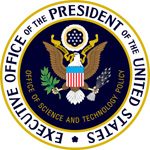 Statement by President Donald J. Trump on the Attack in EgyptNews & Reports